After sittings over three separate days, adding up to a total of more than 40 hours, Bulgaria’s National Assembly approved a number of controversial amendments to the Electoral Code.

Proceedings featured continuous acrimony, especially over the result of voting by paper ballot as an alternative to using a voting machine.

That move was criticised by its opponents, the We Continue the Change party and the Democratic Bulgaria coalition, as intended by its backers – the Bulgarian Socialist Party, GERB and the Movement for Rights and Freedoms – to rig the elections.

At one point amid the marathon proceedings, an MP who turned to the GERB, BSP and MRF benches and said “congratulations, thieves!” was given a formal reprimand by Deputy Speaker Yordan Tsonev of the MRF.

Another keenly fought over provision sees the retention of the idea of an “abroad” electoral district, but with no clarity on how many MPs will be elected from it and how the number would be determined. Faced with this problem, MPs agreed that the provision would take effect only from January 1 2025.

Voting machines will print ballots that will be counted manually, along with paper ballots, and will be entered on a single tally sheet by the sectional election commission, not separately as before. Criticis of this change said that it reduced voting machines to glorified printers, and opened the way for abuses, while making the vote-counting process more time-consuming and open to error.

Instead of voting in enclosed voting booths, voters will exercise their ballot behind screens.

There will be video recording on election day, though there was little clarity of what this means. 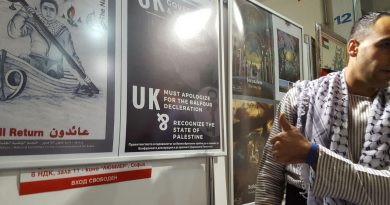 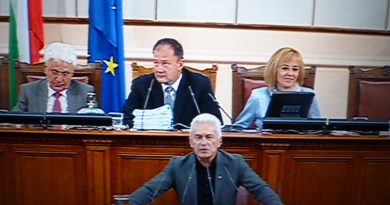