Bulgarian Air Force MiG-29 and Sur-25 combat aircraft will give a display in the skies above Graf Ignatievo air base near Plovdiv on May 6, Armed Forces Day, the Defence Ministry said.

The demonstration, including aerial combat manoeuvres, begins at 10am.

At 10.20am at the Varna Naval Station, there will be a show involving personnel from the Naval Special Operations Division, Chaika Naval Helicopter Air Base, combat and support vessels. The demonstration is to involve an operation boarding a ship aboard which hostages have been taken.

At 10.40am, Special Operations Joint Command personnel will give a demonstration at Tsrancha training complex, involving a Cougar helicopter and high- and low-altitude parachute jumps from a Spartan aircraft.

At 11.15am, Bulgarian military personnel and members of the US 2nd Cavalry Regiment, members of the Nato joint battle group in Bulgaria, will give a demonstration at the Novo Selo training ground of battlefield reconnaissance, area defence and counter-attack.

Other Armed Forces Day events on May 6 include an Open Day of the Naval Museum in Varna and the Aviation Museum in Krumovo. 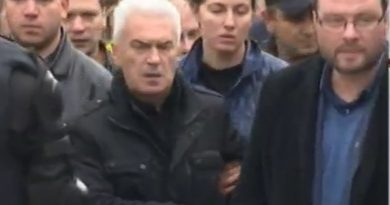