Bulgaria’s Parliament elected Anastas Anastassov and Veneta Markovska as Constitutional Court judges on October 31, prompting strong criticism and the threat of an interim CVM report from the European Commission.

A day before the vote, Commission spokesperson Olivier Bailly said that the EC was “concerned” about the reports that threw doubt on professional qualities of some of the nominees, accused of corruption and conflict of interest. Although he did not give any names, the one nominee that has come under a lot of fire for those reasons was Markovska.

At the mid-day press briefing in Brussels on October 31, Bailly said that Bulgarian institutions, and Parliament in particular, disregarded the Commission’s calls for a thorough investigation of the claims against the nominee.

“The European Commission is therefore concerned that the reputation of the Constitutional Court and other key Bulgarian institutions are now at stake,” Bailly said. “I should also note that there is always an option for the Commission to present an additional Co-operation and Verification [Mechanism] report in addition to the one that is currently foreseen for the end of 2013, if the situation in Bulgaria requires it.”

When Bulgaria and Romania joined the EU in January 2007, their inadequacies in fighting organised crime and corruption and in reforming the judiciary led to the two newcomer countries being subjected to a Co-operation and Verification Mechanism (CVM) to bring them up to the bloc’s standards in this area. In recent years, lack of sufficient progress in CVM reports has been one of the main arguments against the two countries being accepted into the EU’s Schengen visa-free travel area.

Reports in Bulgarian media have alleged that Markovska, a deputy chairperson of the Supreme Administrative Court (SAC), has exercised pressure to have two police officers fired for arresting a business partner of her son in 2010 (the police officers were later re-instated). As a judge in the SAC, she is also alleged to have heard cases in which one of the sides was represented by a lawyer who is a close family friend.

During her hearing in Parliament’s legal affairs committee, Markovska first denied knowing the businessman (only to later walk balk her statement) and also said that she never sat in court on a case argued by her family friend lawyer – a claim that news website mediapool.bg said was false, citing SAC records that showed that there had been six such cases.

Anastassov, who was deputy speaker of Parliament from ruling party GERB prior to being elected to the Constitutional Court, has also come under criticism, although for different reasons – he is a graduate of the Interior Ministry academy and the highest rank he ever held in the judiciary was head of the district court in the town of Yambol.

In all, Parliament had four nominees to consider for the two vacant Constitutional Court seats – the other two were deputy speaker of Parliament Ekaterina Mihailova, nominated by the centre-right opposition Blue Coalition, and Tatyana Vurbanova, head of the commercial litigation division of the Supreme Court of Cassation.

Mihailova is highly respected by her fellow MPs, as proven by the fact that her nomination did not receive a single vote against (but failed to gather sufficient votes in favour), whereas Vurbanova had impeccable judiciary credentials, yet both were rejected by the ruling party because they were nominated by the opposition, mediapool.bg said.

Opposition Movement for Rights and Freedoms voted with GERB on Markovska and Anastassov’s nominations, prompting accusations that a political deal was done behind closed doors that ensured that the ruling party got its nominees elected.

Also on October 31, President Rossen Plevneliev said that he appointed outgoing chief prosecutor Boris Velchev to another vacant seat on the Constitutional Court. Velchev has his own detractors, who say that during seven years as chief prosecutor, he has failed to push for any substantial reform of the service and raising standards, which resulted in rare convictions in the “signature cases” tracked by the European Commission as part of the CVM. 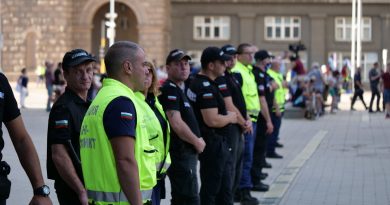 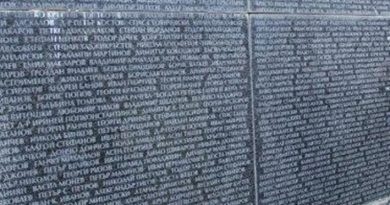