The aim of the mission, formally established on October 17, is to enhance the military capability of the Ukrainian Armed Forces to allow them to defend Ukraine’s territorial integrity and sovereignty within its internationally recognised borders, as well as to protect the civilian population, the statement said.

EUMAM Ukraine has a non-executive mandate to provide individual, collective and specialised training to up to 15 000 Ukrainian Armed Forces personnel over multiple locations in EU countries.

The Mission Commander will be the Director of the Military Planning and Conduct Capability (MPCC), Vice Admiral Hervé Bléjean.

The Council adopted an assistance measure under the European Peace Facility (EPF) worth 16 million euro to support the capacity building of the Ukrainian Armed Forces by the EUMAM Ukraine.

Both EUMAM Ukraine and the assistance measure were designed based on Ukraine’s operational requirements and will finance the provision by EU member states of ammunition, military equipment and platforms designed to deliver lethal force, and transportation, custody and maintenance and repair of the equipment financed through the assistance measure.

The assistance measure will have a duration of 24 months, and adds to the successive EU contributions for Ukraine under the EPF, which now amount to more than 3.1 billion euro, the statement said.

“The European Union reiterates its support to Ukraine’s independence, sovereignty and territorial integrity within its internationally recognised borders, and its legitimate right to defend itself against the Russian aggression,” the statement said.

“The EU stands firmly with Ukraine and will continue to provide military, economic, social and financial support for as long as it takes.”

EU foreign policy chief Josep Borrell, speaking ahead of the November 15 meeting of EU foreign and defence ministers, said: “In less than three months, this mission will be operational.

“This is a record time for the Europeans. Fifteen thousand Ukrainian soldiers will be trained in different European member states,” Borrell said.

He said that this was “going to be a big effort in order to renew, increase, improve the capacities of the Ukrainian army”.

Asked by a reporter why the training mission was necessary, Borrell said: “Why? Because the Ukrainians need it.

“We received requests from the Ukrainian Military Headquarters, saying, ‘that is what we need; this is the specific type of training that our soldiers need’. The war today is a very sophisticated thing. It requires specific capacities to be able to use the modern arms, the modern tactics of a war which is a completely different war from what we were used to do in classical times. 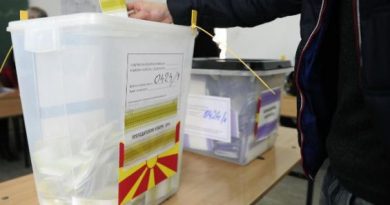