Were elections in Bulgaria to be held immediately, six groups would enter Parliament, according to the findings of a poll done by the Market Links agency, done and funded by the agency and bTV, the findings of which were released on August 10.

The poll was done between July 30 and August 5, among 1020 adult Bulgarians. It emerges in the weeks remaining to Bulgaria’s October 2 early parliamentary elections.

It found that among those intending to vote, 22.4 per cent would vote for Boiko Borissov’s GERB-UDF coalition, ahead of the Kiril Petkov-Assen Vassilev We Continue the Change party, with 19.1 per cent.

The poll put the Movement for Rights and Freedoms in third place, at 11.5 per cent, followed by the Bulgarian Socialist Party at 10.9 per cent.

After that came the pro-Russian fringe Vuzrazhdane party at 8.4 per cent, and reformist Democratic Bulgaria coalition at 8.3 per cent.

According to the poll, former caretaker prime minister Stefan Yanev’s Bulgaria Ascending’s party is at 3.9 per cent – just below the threshold for a share of seats, four per cent of valid votes, in turn ahead of the support for cable television presenter Slavi Trifonov’s populist ITN party, which has 2.8 per cent support. 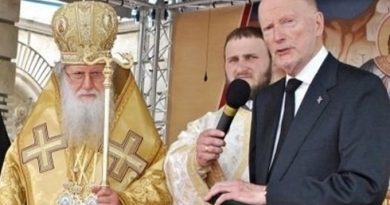 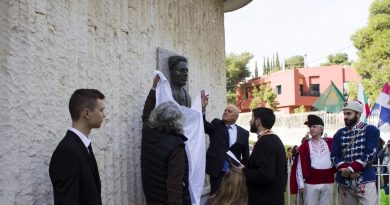