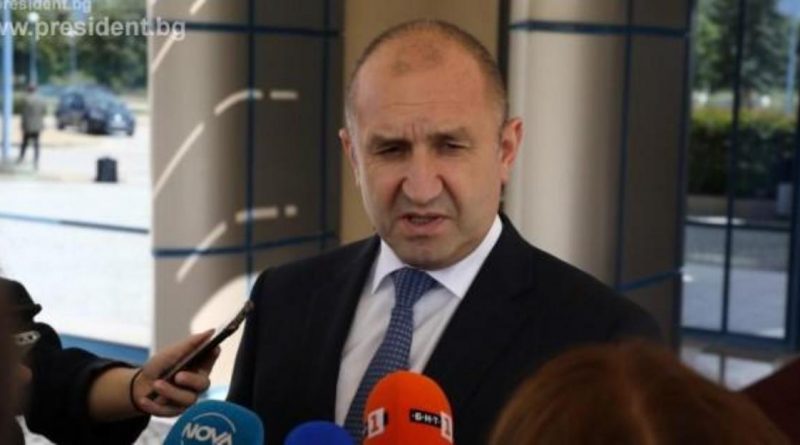 Bulgarian head of state President Roumen Radev conducted a round of consultations with all seven parliamentary groups on July 15, ahead of his decision as to which to offer a third and final mandate to seek to form a government.

The first and second mandates went, as the constitution requires, to the respective largest and second-largest of the seven parliamentary groups. Bulgaria’s constitution gives the President a free hand in choosing to which group to offer the third mandate, and at the third mandate stage, the time frame for efforts to form a viable government is more flexible than at the first two stages.

The stated purpose of Radev’s July 15 consultations was to hear how each sees a way out of the current political situation, what opportunities they see for coalition talks, a majority within the current Parliament and what priorities they could agree on.

Speaking after the We Continue the Change (WCC) meeting with Radev, WCC co-leader and outgoing Prime Minister Kiril Petkov – whose party failed in its bid to rally support for a new government without the need for fresh elections – said that WCC was ready for dialogue “but we don’t want two billion leva to go to eight people instead of going to the people”.

Parliament’s second-largest group, GERB-UDF, which on July 14 refused the second mandate, reiterated that it did not see a formula for forming a stable majority and government.

“But the fact that we are here, and realising that the country is in a series of crises, we take responsibility to look for solutions on how our country can deal with these crises ,” GERB-UDF parliamentary leader Desislava Atanasova said.

Movement for Rights and Freedoms leader Mustafa Karadayi said: “We have clearly stated that in order to change the formula, early elections are needed. But until then, it is very important to do what needs to be done and we do not run away from responsibility”.

Bulgarian Socialist Party leader Kornelia Ninova told Radev that if he decided to offer the third mandate to the BSP, the party would “make an effort, to hold talks with colleagues to guarantee a working Parliament and a stable government”.

Ninova said that the BSP would not negotiate with GERB and the MRF, but would speak to those who had been the party’s partners in the quadripartite coalition government that took office in December 2021 (and which was brought down by the ITN’s departure in June 2022).

She said that the candidate Prime Minister should be put forward by WCC.

“They are the first political force, in a democracy this is the correct thing to do. We prefer a political one to an expert cabinet, because that means clearly bearing political responsibility,” Ninova said.

ITN parliamentary leader Toshko Yordanov said that the party believed that in Bulgaria’s crisis situation, it would be better to have a government with the same four parties again.

“The coalition itself should be structured in a much more practical and human way, in which there is no issuing of orders, but there are partners. Since the main reason for the collapse of the coalition (was) Kiril Petkov and Asen Vassilev, it would be good for the political leaders to step aside a little,” Yordanov said.

He said that ITN was open to talks and did not have an ambition to nominate someone from the party as Prime Minister should Radev hand them the mandate.

Democratic Bulgaria co-leader Hristo Ivanov said that a genuine effort should be made to come up with a government in this Parliament.

“We are afraid that there are no prospects and guarantees that another cycle of elections will give birth to a different Parliament,” Ivanov said, warning that a parliamentary election campaign would be polarising and diminish the prospects of a new Parliament electing a government.

“If the mandate is given to us, we will conduct negotiations within the framework of the previous quadruple coalition, which collapsed, with very serious consequences from its collapse,” Ivanov said.

Radev also met the pro-Russian Vuzrazhdane party which, like the MRF, wants the country to go to early parliamentary elections.

Should the third-mandate stage prove fruitless, the constitution obliges Radev to dissolve Parliament, appoint a caretaker government and decree a date for elections within two months of Parliament having been dissolved.

Radev has said that if matters come to this, he would prefer elections in the first half of October.