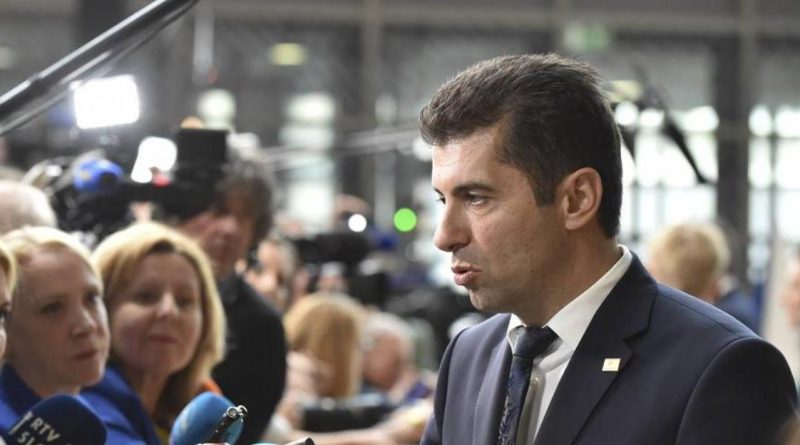 Kiril Petkov told reporters in Brussels that he will submit his resignation as Prime Minister on the morning of June 27, according to a report by Bulgarian National Television.

Petkov is attending the EU-Western Balkans and European Council meetings on June 23 and 24. He travelled to Brussels as scheduled, the day after his government was voted out of office in a motion of no confidence approved by the National Assembly.

He said that the We Continue the Change (WCC) party, of which he is co-leader, would continue to keep a clear line with whom to form a coalition.

WCC, which as the largest group in the National Assembly is entitled by the constitution to be the first to receive a mandate from the President to seek to form a government, has ruled out working with GERB, the Movement for Rights and Freedoms, Slavi Trifonov’s ITN and pro-Russian Vuzrazhdane, the four groups that voted together to bring down Petkov’s coalition government.

“Our main goal is to fight corruption, and that cannot happen as long as you have a coalition partner who has been part of corruption,” Petkov said.

Such a fight against corruption could not happen with GERB leader Boiko Borissov, nor WCC would work with Trifonov and ITN parliamentary leader Toshko Yordanov, who were part of the behind-the-scenes control of politics that WCC is struggling against, Petkov said.

He said that the five demands from Vuzrazhdane – including giving up seeking euro accesssion, and referendums on leaving Nato and the EU – were unacceptable.

Nor could Delyan Peevski, the controversial figure who is an MRF MP, be WCC’s partner, Petkov said.

“We are left with the opportunities for the partners we currently have, plus all the independent MPs who want to support government policy. We would not pay the price of a behind the scenes deal of the kind we are fighting against,” he said.

Petkov said that he saw the Bulgarian Socialist Party and Democratic Bulgaria, current partners of WCC, as part of a future format. He said that in spite of the ideological differences between them, they were easy to work with.

Asked if there would be any changes when a Cabinet is proposed, he said: “We are not changing the form of the team. The team is in good shape to move forward.”

On June 23, Parliament was again denied a quorum to host a sitting because of a boycott by GERB, the MRF, ITN and Vuzrazhdane.

Petkov reiterated that if Parliament did not work, Bulgaria risked losing the money from the first tranche of the EU’s Recovery and Sustainability Plan.

President Roumen Radev’s office said on June 23 that he would begin consultations with parliamentary groups, ahead of handing over the first mandate to seek to form a government, after the Prime Minister submits the resignation of the government to Parliament.

The President’s office cited Article 89 of Bulgaria’s constitution: “Should the National Assembly vote no confidence in the Prime Minister or the Council of Ministers, the Prime Minister shall hand in his governments resignation”.

The statement did not refer to Article 111 of the constitution, which says:

“(2) The Council of Ministers shall hand in its resignation before the newly elected National Assembly.

The situation is unprecedented in that at no time since the adoption of Bulgaria’s current constitution in 1991 has a government been voted out of office in a motion of no confidence.

(Archive photo of Petkov, taken in May 2022: government.bg)