As of June 23, two cases of monkeypox have been confirmed in Bulgaria, the Health Ministry said in a media statement.

The patients are men aged 41 and 44, respectively, the ministry said.

Both are in hospitals in Bulgaria’s capital city Sofia and are in good general condition, the statement said.

Laboratory samples sent by medical institutions were confirmed at the National Centre for Infectious and Parasitic Diseases by specific real-time PCR analysis.

According to initial data, both people said that they had travelled abroad in the previous two weeks – in Spain and the UK, respectively, without saying whether they had been in contact with people with monkeypox.

Epidemiological studies in both cases are ongoing, the ministry said. 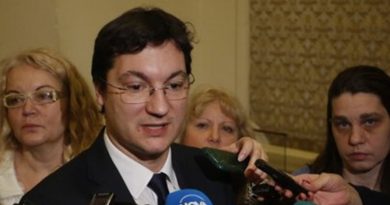