European Union foreign ministers decided on June 20 to renew the sanctions introduced by the EU in response to the illegal annexation of Crimea and the city of Sevastopol by the Russian Federation, until June 23 2023, a statement by the Council of the EU said.

Exports of certain goods and technologies to Crimean companies or for use in illegally annexed Crimea in the transport, telecommunications and energy sectors or for the prospecting, exploration and production of oil, gas and mineral resources are also subject to EU restrictions.

“The EU remains steadfast in its commitment to Ukraine’s sovereignty and territorial integrity within its internationally recognised borders and dedicated to fully implementing its non-recognition policy,” the statement said.

It said that Russia had further violated  Ukraine’s sovereignty and territorial integrity with its unprovoked and unjustified war of aggression against Ukraine which theEU continues to condemn in the strongest possible terms.

The EU urged Russia to immediately stop its indiscriminate attacks against civilians and civilian infrastructure, and to immediately and unconditionally withdraw all its troops and military equipment from the entire territory of Ukraine within its internationally recognised borders.

EU foreign policy chief Josep Borrell, arriving at the foreign ministers meeting, said that there would be a discussion of the European Commission’s opinions on the EU membership applications by Ukraine, Moldova and Georgia.

“This is also a very important step and a clear proof that the European Union is ready to support and accept the neighbours who want to join us as like-minded countries, partners and members,” Borrell said.

Asked if he expected that any EU country would oppose candidate status for Ukraine,” Borrell said: “No. Well, the leaders will have to discuss it…I cannot anticipate the results, but I have not heard anyone opposing”.

Borrell said that the ministers would discuss the consequences of Russia’s war on Ukraine.

“The consequences of the war are becoming very dangerous, not only for Ukraine, but for the whole world.

“We are repeating, and we have to warn again about the risk of a great famine in the world, especially in Africa. And it is the war which is creating price increases and scarcity of energy and food,” Borrell said.

He said that the EU was supporting the United Nations’ efforts to unblock the exports from Ukraine, “and I want to insist that it is not the European sanctions which are creating this crisis”.

“Economic actors have to know that these products from Russia are out of the scope of our sanctions, so they can operate, they can buy, they can transport, they can insure it.”

The problem comes from the Russian blockade of Ukrainian grain, Borrell said.

“Millions of tons of wheat are being blocked, and millions of people will not be able to eat this wheat. So, the war is going to have dramatic consequences for the world. We call on Russia to deblock the ports and let these products go,” he said. 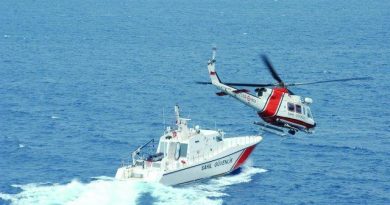 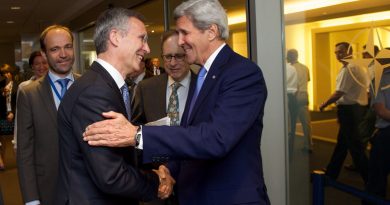