Opposition parties in Bulgaria’s Parliament want the resignation of the entire government and say that they will not vote in favour of the ruling coalition’s nominees to succeed the departing Cabinet ministers from the ITN quota.

This emerged on June 9, the day after ITN leader Slavi Trifonov said that he was withdrawing his party from the coalition government and the parliamentary majority.

Prime Minister and We Continue the Change (WCC) party co-leader Kiril Petkov has spoken of continuing with a minority government, made up of the three groups remaining in the coalition – WCC, the Bulgarian Socialist Party (BSP) and Democratic Bulgaria.

GERB-UDF coalition parliamentary leader Dessislava Atanassova said: “It is tragic that the government is falling apart not because of deep ideological contradictions, but because of mutual accusations of corruption and incompetence.

“Those who came up with the request for zero tolerance for corruption have reached the level of zero tolerance even among themselves,” Atanassova said.

GERB-UDF deputy parliamentary leader Toma Bikov said that the first two votes that would show whether there was confidence in the government would be those on the Budget amendments and on the nomination of current Interior Minister Boiko Rashkov to head the anti-corruption commission.

Asked how they would vote if there was a vote of confidence or no confidence, Bikov said that GERB did not trust this government and that they would definitely not support the Budget amendments.

Bikov said that Petkov should first ask for a vote of confidence and only then talk about a minority government.

Movement for Rights and Freedoms (MRF) leader Mustafa Karadayi said: “We will not support new ministers. We are waiting for the resignation of the entire Cabinet”.

Karadayi said that the MRF would not vote for Rashkov to head the anti-corruption commission.

“I think that Brussels, the European Commissioners and the European Parliament are aware of the behaviour of Minister Rashkov, the lawlessness and the transformation of the police into a militia during the elections,” Karadayi said.

For the leader of the ITN parliamentary group, Toshko Yordanov, this government is over.

ITN would not negotiate with the other three parties in the coalition about the government continuing, he said.

ITN MP Iva Miteva told Nova Televizia that new elections were not needed but rather a new Cabinet should be formed within this Parliament.

“Elections are dangerous, people don’t want them either, they are tired, and elections would provide an even more complicated picture. Forming a government would be even more impossible,” Miteva said.

ITN was ready to propose a minority government, she said.

BSP leader Kornelia Ninova said that she had called a meeting of the party’s national council and its coalition partners for June 12 to discuss the situation.

“Firstly, the most important thing for us in the short term is to adopt the Budget update,” Ninova said.

“Secondly, for us elections now mean more chaos, deepening crises, lack of a National Assembly to make adequate decisions, uncertainty and uncertainty. We cannot allow this to happen,” Ninova said.

“We are a responsible and sensible party, we have a responsibility to participate in this government and we know how to move forward,” she said.

Ninova said that the BSP “strongly supported” the policy stated by Petkov on June 8 on the fight against corruption and the “GERB model”.

Democratic Bulgaria co-leader Hristo Ivanov rejected the idea of ​​a new Cabinet within the current Parliament.

Speaking on June 8, and referring to Trifonov’s statement that withdrawing ITN from the ruling majority was “ending the agony”, Ivanov said: “What we are doing today is bringing about more agony, not less”.

Meanwhile, on June 9, outgoing Regional Development Minister Grozdan Karadzhov, of ITN, held a news conference, rejecting yesterday’s claim by Prime Minister Petkov that he had asked for 3.6 billion leva to pay road companies that were allegedly involved in abuses. 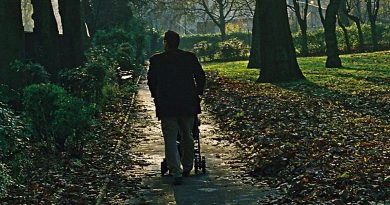 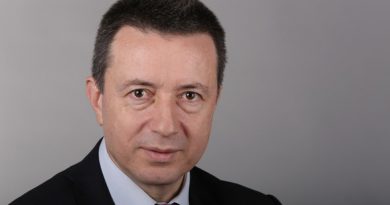