A total of 165 hotels so far have joined the new programme for accommodating Ukrainians who have fled Russia’s war on their country, the head of Bulgaria’s State Agency for Refugees Mariana Tosheva said on May 24, according to a report by Bulgarian National Radio.

In the new phase, the hotels will receive 10 or 15 leva per day per person, respectively, depending on whether food is included.

This new version of the system has been criticised by the Bulgarian Hotel and Restaurant Association, which has said that the sums offered are inadequate and the government is trying to shift responsibility to them for dealing with the Ukrainian refugee situation.

For about three months, Bulgaria has had a system of accommodating Ukrainian refugees in hotels, paying the hoteliers 40 leva per person per day. This phase comes to an end on May 31.

Initially, the intention had been to house the Ukrainians solely in state and municipal facilities, but when it became clear there was a shortfall, the government said it would open the scheme to hotels, with the lower rates to be paid for accommodating the Ukrainians.

“Expressing my personal opinion as an expert, I think that the three-month measure is very appropriate,” Tosheva said. “After those three months, only the most vulnerable groups should be supported with accommodation”.

Other people had enough time to find a job and rent accommodation, she said.

With the first phase of the system ending, about 35 000 Ukrainians in the last three days of the month, from hotels to state facilities where they will be accommodated.

The intention is that over those three days, the Ukrainians will be taken by bus to the Bourgas and Varna railway stations, from where they will be transported by train in the morning and the evening to accommodation facilities elsewhere in Bulgaria.

Tosheva said that it was known which state facilities will be used to accommodate the Ukrainians, but she did not want to make them public because there had been attempts by hoteliers to organise the transport to them.

She said that in the past 24 hours, close to 3700 Ukrainians had left Bulgaria.

Tosheva said that there were many Ukrainians who wanted to travel to Bucharest.

According to figures on the Bulgarian government’s dedicated portal on May 24, since the start of Russia’s current war on Ukraine on February 24, a total of 279 976 Ukrainians had entered Bulgaria.

The update said that 60 290 had been accommodated, while 107 476 had been registered for temporary protection. 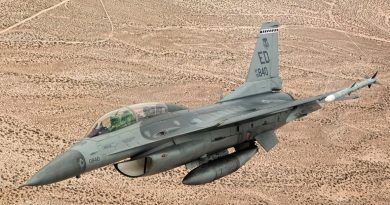