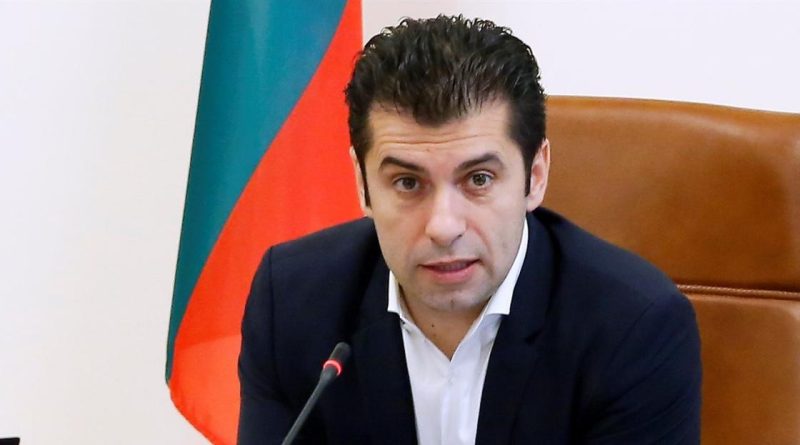 Bulgarian Prime Minister Kiril Petkov said on April 21 that his We Continue the Change (WCC) party would seek to find common ground in the ruling majority on the issue of sending military aid to Ukraine, even as two of the partners maintained diametrically opposite positions on the question.

The stand-off came as the issue was kept off the agenda of Parliament, and as visiting Ukrainian ambassador Dmytro Kuleba appeared clearly frustrated that he had no clear answer from Bulgaria’s answer on the issue.

In Parliament on the morning of April 21, Democratic Bulgaria and the opposition GERB-UDF group again sought to have the issue put on the day’s agenda.

However, National Assembly Speaker Nikola Minchev (WCC) declined, saying that no report had been tabled from the April 20 meeting of the foreign affairs committee.

At that committee meeting, WCC, backed by ruling majority partner ITN, proposed providing “technical assistance” but not weapons to Ukraine.

The draft proposals by GERB-UDF and Democratic Bulgaria to provide weapons to Ukraine were rejected.

Among the other parliamentary groups, sending weapons to Ukraine is supported by the Movement for Rights and Freedoms and opposed by the National Assembly’s smallest party, pro-Kremlin Vuzrazhdane.

On Friday, Democratic Bulgaria MP Atanas Slavov said that if Parliament did not vote on sending Ukraine military and technical assistance, it would be “a very serious dividing line that will determine the future” of their participation in the coalition.

This position was confirmed by Democratic Bulgaria co-leader Hristo Ivanov, who said: “Do we have a government of fear and humiliation, or a government that understands the new era, in which we have found ourselves not by our choice, but by Putin’s choice?”

In a post on Facebook on Friday, Petkov said: “On the topic of sending military-technical assistance to Ukraine, on the one hand we have the BSP, for which sending such assistance is a red line that they can not afford to cross. On the other hand, we have the DB with the red line that Bulgaria is facing a historic moment and must send weapons directly to Ukraine”.

Petkov said that Bulgaria was providing assistance to more than 90 000 Ukrainian women and children who had been forced to leave their homes and relatives because of the Russian aggressor.

He said that Bulgaria was helping Ukraine with humanitarian aid, and had sent all the helmets and bulletproof vests it could to protect the Ukrainian population.

From the very beginning, Bulgaria has been a strong voice for Ukraine in Brussels and before the International Criminal Court in The Hague, Petkov said.

He said that it was “time to stop talking about red lines and issuing ultimatums”.

“We are aware of the weight of the historical moment, but we of WCC believe that we must make responsible decisions even when they are incompatible with political PR and useful talk.

“It is important for us in this complex quadruple coalition to be a source of stability for Bulgaria, while at the same time taking care of the lives of our fellow citizens, no matter where in the world they are, “ he said.

WCC would “pursue an active policy of dialogue” between the BSP and the DB in order to agree on a common position, Petkov said.

Ambassador Kuleba commented on Friday on the WCC proposal for “technical assistance for protection”.

He said that the Bulgarian government had difficulty in giving an answer as to what kind of aid the country would give to Ukraine.

“And I urge politicians to think about it. There are people on the ground who are dying while discussions are going on and arguments are being sought against providing such assistance,” he said.