Bulgarian authorities have issued a number of weather warnings for April 10, variously because of forecast storms, heavy rain and strong wind.

The Code Orange warning of dangerous weather has been issued for five districts because of forecast storms and heavy rain: Plovdiv, Stara Zagora, Smolyan, Gabrovo and Veliko Turnovo.

A Code Orange warning has been issued for two districts because of forecast storms and strong winds: Pazardzhik and Kurdzhali.

The lesser Code Yellow warning of potentially dangerous weather has been issued for eight districts because of forecast storms and rain: Lovech, Turgovishte, Rousse, Razgrad, Silistra, Shoumen, Varna and Dobrich.

Three districts are subject to a Code Yellow warning because of forecast storms and strong winds: Blagoevgrad, Haskovo and Sliven.

The remaining four districts are Code Green, meaning no weather warning is in place: Sofia city, Pleven, Pernik and Bourgas.

Exacta poll: Most Bulgarians continue to back membership of EU, Nato 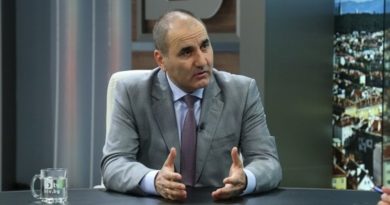