Bulgaria is part of the efforts of the member states of the European Union, the United States, the United Kingdom and other like-minded countries to suspend Russia’s membership of the UN Human Rights Council (HRC), the Foreign Ministry in Sofia said on April 6.

“By its actions, Russia has shown that it does not respect the basic principles on which the HRC is based and cannot continue to be a member,” the Foreign Ministry said.

Russia’s military aggression against Ukraine is an extremely serious violation of the UN Charter and international law in general, the ministry said.

“This aggression undermines the foundations of the international order – the territorial integrity and sovereignty of states, peace, security, stability, predictability, rules and respect for fundamental human rights and freedoms.

„In recent days, evidence of serious human rights violations by the Russian armed forces in Ukraine has been supplemented by new evidence of numerous serious war crimes in a number of Ukrainian cities, including Bucha and Irpin,” the Foreign Ministry said.

Bulgaria strongly condemns these crimes and calls for the perpetrators to be brought to justice, the statement said.

Bulgaria supports the draft resolution submitted to the UN General Assembly to suspend Russia’s membership in the HRC and calls on all responsible members of the international community to support it as well, the ministry said. 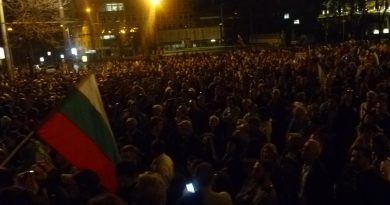