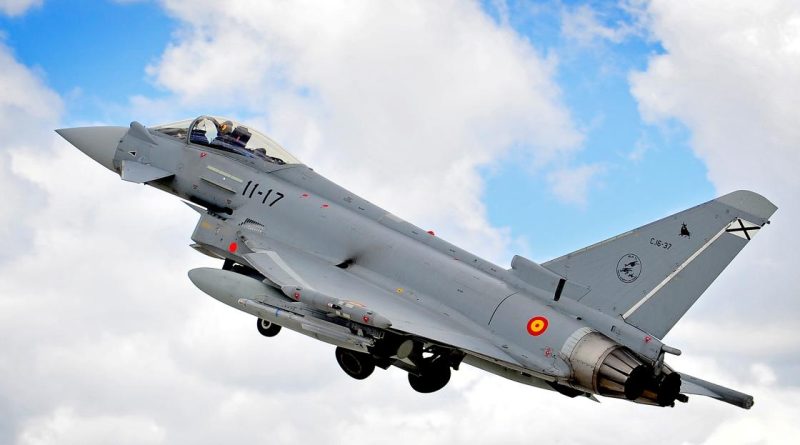 Four Spanish Air Force Eurofighter Typhoon fighter aircraft that are to assist in guarding Bulgarian air space are expected to land at Graf Ignatiev air base by the end of the week, Bulgaria’s Defence Ministry said on February 9.

A total of 130 Spanish military personnel will be deployed to Bulgaria for the mission, which is due to end on March 31.

The Defence Ministry said that the Cabinet had given permission for the joint mission at a meeting on January 24.

The mission is implementing measures to ensure the security of Nato’s eastern flank and is in the context of decisions taken at Nato summits in 2014 and 2016 to strengthen the air space mission of the eastern flank member states with allied forces on a rotating basis.

Each of the countries, Spain and Bulgaria, will bear the costs of its own forces and resources involved in the strengthening of air security, the Defence Ministry said.

“The protection of Nato airspace is a peacetime collective defence mission. Its purpose is to ensure the integrity and security of the airspace of Allied allies,” it said.

Covid-19 in Bulgaria: 22 dead, while 42 have recovered – operational HQ