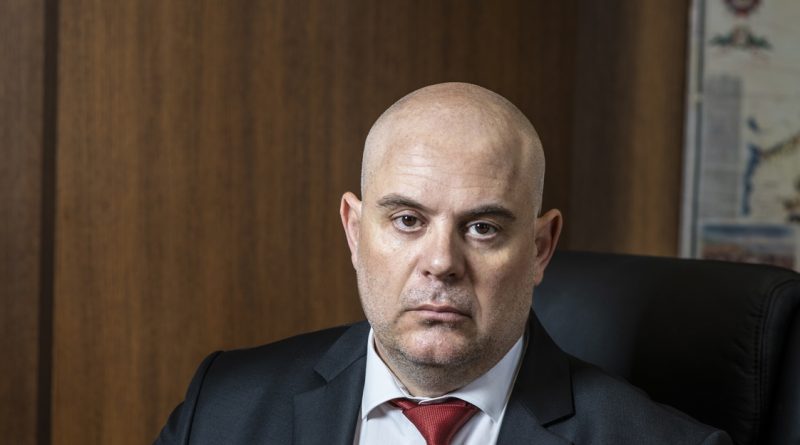 Bulgaria’s anti-corruption commission said on January 31 that, in response to statements to the media by Justice Minister Nadezhda Yordanova, it had begun investigating allegations of irregularities by Prosecutor-General Ivan Geshev.

Yordanova told public broadcaster Bulgarian National Television on January 28 that she was awaiting a Constitutional Court ruling – scheduled for February 8 – whether the Justice Minister was entitled to lodge a formal request to the Supreme Judicial Council (SJC) for the resignation of the Prosecutor-General.

In 2021, then-caretaker Justice Minister Yanaki Stoilov’s request to the SJC for the resignation of Geshev was turned down by the council, which said that he did not have legal grounds to make it.

Yordanova told BNT that she would add additional reasons to initiate the procedure to remove Geshev from office.

She said that there were various irregularities, both during Geshev’s term as Prosecutor-General and in his previous professional activities.

The anti-corruption commission said that certified copies of the complaints that the Justice Ministry and “other relevant information” were required from the ministry.

Geshev took office in December 2019 as Prosecutor-General, an office that has a seven-year single term. He was the sole candidate for the post. Ahead of his appointment, his nomination was accompanied by public protests against it.

The quadripartite ruling majority in Bulgaria’s National Assembly has, in a declaration, called for Geshev’s resignation.

The January 14 declaration cited lack of public trust in the Prosecutor-General, the protests in 2020 calling for his resignation, and the failure by the prosecutor’s office to investigate high-level corruption, which has resulted in sanctions against Bulgarian individuals under the United States’s Magnitsky Act.

At the time, Geshev dismissed the call as a publicity stunt, while last week he said that his resignation would benefit only criminals, not ordinary citizens, and said that he would not step down.

The announcement by the anti-corruption commission comes two weeks after its head, Sotir Tsatsarov – Geshev’s predecessor as Prosecutor-General, submitted to Parliament a request to resign as of March 1.