The head of Bulgaria’s commission against corruption and for the confiscation of illegally-acquired assets, Sotir Tsatsarov, has submitted to Parliament an application to leave office ahead of term, reports on January 17 quoted the commission as saying.

As of the early afternoon on January 17, there was no statement on the commission’s website about Tsatsarov having tabled his resignation.

Tsatsarov, who took office as the commission’s head in December 2019 after completing a seven-year term as Bulgaria’s Prosecutor-General, was quoted by local media on January 13 as saying that he intended resigning. By law, the head of the commission has a six-year term.

He was quoted as saying that he would resign as of March 1, after submitting his commission’s annual report to Parliament.

The following day, it was announced that the State Agency for National Security had revoked Tsatsarov’s access to classified information.

In a statement on January 14 responding to the revocation, Tsatsarov said that the agency had taken the step “after prolonged institutional pressure on the agency’s leadership by Prime Minister Kiril Petkov and Interior Minister Boiko Rashkov”.

Tsatsarov said that he would take court action against the revocation, and the reasons for his resignation would be announced once it is presented in Parliament.

In a television interview this past weekend, Petkov expressed great appreciation for the work of the State Agency for National Security on the Tsatsarov case.

Petkov said that he firmly intended to bring to an end a time when there were people in Bulgaria who were above the law.

On the afternoon of January 17, a meeting of the coalition council of Bulgaria’s governing parties is scheduled, to discuss judicial reform, amendments to the Judiciary Act and splitting the commission currently headed by Tsatsarov into two bodies, an anti-corruption commission and a separate one for the confiscation of illegally-acquired assets.

The government has made repeated calls for Ivan Geshev to resign as Prosecutor-General. On January 15, Petkov’s We Continue the Change (WCC) party made such a call in a declaration in the National Assembly.

The Prosecutor’s Office responded that the call was “extremely unacceptable and a gross encroachment on the rule of law and the independence of the judiciary”.

Petkov said that the call by the WCC parliamentary group “shows that the wind of change is here”.

He said that a mechanism would be introduced so that even the Prosecutor-General could be investigated for offences. The situation where there could be someone “with only God above him” must end, Petkov said.

This past weekend, Justice Minister Nadezhda Yordanova said that legislative amendments were being prepared to change the anti-corruption commission and the work of the Supreme Judicial Council.

Yordanova said that the proposed amendments to the Judiciary Act would be put up this week for public discussion.

“The (anti-corruption commission) will be reformed with or without Mr Tsatsarov, his days were numbered anyway,” she said. 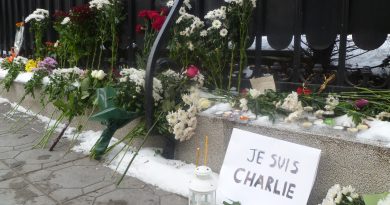