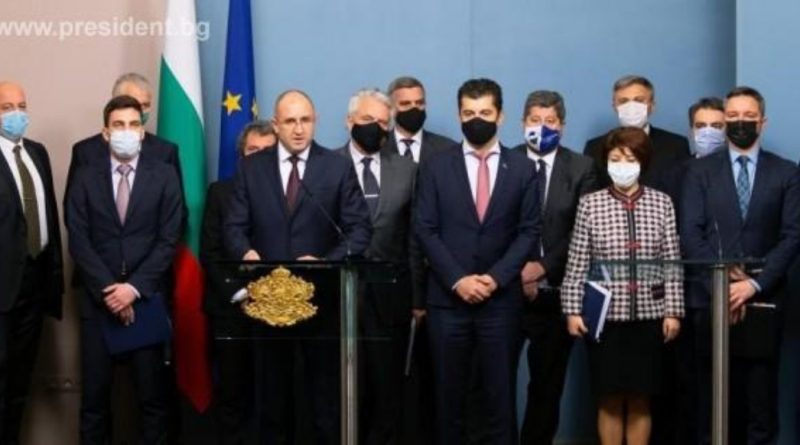 Much of Bulgaria’s political leadership is in self-isolation, pending decisions on quarantine, after it emerged that the Speaker of the National Assembly had tested positive for Covid-19 soon after attending a Consultative Council on National Security meeting called by President Roumen Radev.

The Sofia regional health inspectorate is to issue instructions to those deemed to be contact persons, inspectorate head Dancho Penchev said.

Penchev said that those present at the meeting also included consultants and support staff.

Chief State Health Inspector Angel Kunchev said that quarantine periods may vary according to the immune status of participants, for example if they have received a booster dose of vaccine against Covid-19.

Coincidentally, an order is expected from the Health Ministry on January 11, reducing the quarantine period for the infected from 14 to 10 days, and for contact persons from 10 to seven days.

Among those self-isolating is Prime Minister Kiril Petkov and the Prime Minister’s chief of staff and government spokesperson, Lena Borislavova.

It is not clear yet whether a planned visit to Skopje by a delegation to be headed by Petkov on January 18 will go ahead.

Finance Minister and Deputy Prime Minister Assen Vassilev is working remotely. Bulgarian National Radio quoted his ministry as saying that his main task was preparing the Budget for 2022.

Interior Minister Boiko Rashkov is in isolation, with deputy minister Stoyan Temelakiev standing in for him. Alexander Petkov is deputising for Defence Minister Stefan Yanev, who is self-isolating.

Dessislava Atanassova, leader of the parliamentary group of opposition party GERB, said that she was self-isolating. She described Minchev’s behaviour as “reckless”.

Kristian Vigenin, who represented the Bulgarian Socialist Party parliamentary group at the meeting, said that, under the rules, he was not subject to quarantine, because he had undergone Covid-19 less than three months before contact with an infected person. Vigenin said that his test for Covid-19 was negative.

Kostadin Kostadinov, leader of the anti-vaxxer Vuzrazhdane party, Parliament’s smallest group, said that he was not self-isolating but would comply if ordered into quarantine. Kostadinov, who did not wear a mask during the January 10 meeting, described the rules as “stupid”.

Recent media reports said that of the Vuzhrazhdane parliamentary group, a quarter had been vaccinated.

The President’s office said that Radev and members of his staff who had taken part in the meeting were self-isolating. The statement said that everyone was in good health and measures had been taken for the normal functioning of the presidential institution. As The Sofia Globe reported at the time, Radev received a booster dose of vaccine against Covid-19 on January 6.

(Main photo, taken at the January 10 meeting of the Consultative Council on National Security: president.bg)

GERB, United Patriots agree that next government will have Boiko Borissov as Prime Minister