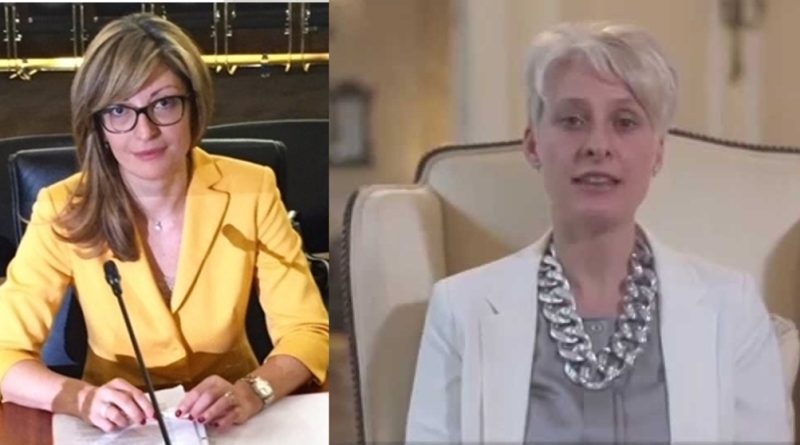 The phone call came the day after outrage erupted over racist chants and Nazi salutes by a group of Bulgarian fans at the England-Bulgaria Euro 2020 qualifying match in Sofia.

Hopkins tweeted on October 15: “There is no place for racism in football. Very disappointed to hear racist chanting and the #NoRespect sign at #BULENG yesterday. I am incredibly proud of the professionalism and dignity shown by #ThreeLions players. We await @UEFA investigation”.

The statement said that Polendakov had “confirmed that all measures were taken by the Bulgarian side immediately to resolve the case, both by the government and the law enforcement authorities”.

He expressed regret that the unacceptable behaviour of a small group of people had led to a widespread negative response in the British media and had led to negative statements regarding the Bulgarian people and the state.

The Foreign Ministry statement said that Hopkins had “praised the tolerance inherent in the Bulgarian people”.

The statement said that in the talks with Zaharieva and Polendakov, Hopkins had expressed her good impressions and appreciation for the swift response of the Bulgarian government to the case, which she would also convey to the British government.

She said that the Minister of State for Sport, Media and Creative Industries Nigel Adams had already expressed, in the UK parliament, the British government’s positive opinion of the Bulgarian government’ reaction.

Adams had welcomed the “swift response of the Bulgarian government” in a letter to UEFA President Aleksander Čeferin, Hopkins said, according to the Foreign Ministry statement.