Bulgaria’s economy was expected to grow by “almost four per cent this year”, according to a forecast by credit ratings agency S&P Global Ratings, up from an earlier estimate of 2.9 per cent.

The agency’s forecast for economic growth in Bulgaria in 2022 remained unchanged at 4.3 per cent, S&P said in a research note dated November 29, which Bulgaria’s Finance Ministry made available on November 30.

Bulgaria’s Covid-19 restrictions “have been less stringent and more selective than in many peer sovereigns, which has limited the fallout for the economy, according to the research note, which did not constitute a rating action.

S&P noted that Bulgaria’s infection rates were very high by global standards. “Vaccination rates in Bulgaria are relatively low, which means that the pandemic could continue to resurface in 2022,” the credit ratings agency said.

The bulk of economic growth was due to strong domestic demand, but investment was expected to make “a stronger contribution” starting next year, due to EU funding under the Recovery and Resilience Facility.

“Despite our expectation that Bulgaria will improve its utilisation of EU transfers, its past modest absorption patterns suggest that it could be difficult for the country to absorb the full amount of the funds available to it over the next few years,” S&P said.

The credit ratings agency said that it originally expected contracts using those funds to have been signed in 2021, but that was prevented by “political fragmentation and volatility”, as parliamentary elections in April and July failed to produce a government.

On the topic of the most recent election, in November, S&P said that it had an increased chance of “a viable government emerging, but this remains uncertain.”

“Equally likely is a period of protracted coalition formation. We cannot exclude the possibility of a minority government. Overall, we expect the decision-making process to remain complicated and unstable over the coming years,” according to the research note.

S&P currently rates Bulgaria at BBB/A-2 with a stable outlook. The ratings agency said that it could raise its ratings if Bulgaria’s economic recovery coincided with quicker fiscal consolidation or stronger external performance than currently projected. In the longer term, a credit upgrade could also come as the country draws closer to joining the euro area.

On the downside, a downgrade was possible if “economic recovery is significantly delayed, for example, because the pandemic’s direct effects prove more long-lasting than we currently expect,” S&P said. Negative action could also be taken if imbalances emerged in Bulgaria’s financial sector, although that was unlikely in the medium term, the credit agency said. 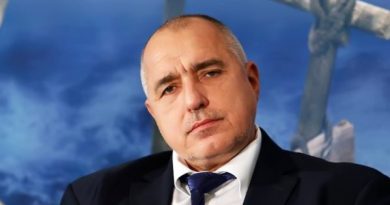