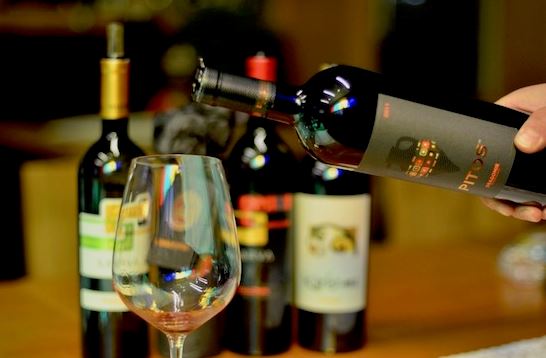 Bulgaria’s wine production added up to 0.9 million hectolitres in 2021, a level seven per cent higher than in 2020 but 15 per cent lower than the country’s average for the past five years, according to the Paris-based International Organisation of Vine and Wine, OIV.

OIV said that 2021 world wine production can be considered extremely low, only slightly above the historically small production of 2017.

This year’s expected volume of world wine production seems to have fallen by four per cent compared to 2020 (which was already below- average) and is seven per cent lower than its 20-year average, OIV said.

“This is the result of unfavourable climatic conditions that severely impacted the major wine-producing countries in Europe this year.”

The organisation said that the southern hemisphere and the United States seemed to be exceptions in this overall negative scenario and tend to balance the fall of volume seen in the EU.

“This is the third year in a row that world wine production is below average. However, the impact of this downfall for the global wine sector is yet to be evaluated given the current context where the Covid-19 pandemic is still generating a relatively high degree of volatility and uncertainty,” OIV said.

“Overall, preliminary estimates for 2021 wine production in EU countries indicate quite a heterogeneous situation, mainly due to different weather conditions throughout the year,” the organisation said.

Italy, still ranking first at 44.5 million hectolitres, estimates a drop of nine per cent in its 2021 wine production compared to 2020 as well as its last-five-year average.

Spain is the second largest wine producer in the world in 2021 and estimates to produce 35.0 million hectolitres. This level, however, is expected to be 14 per cent lower compared to 2020 and 9 per cent lower than its five-year average.

France bore the hardest brunt of a disastrous vintage with severe frost in April, followed by summer rain, hailstorms, and mildew. Consequently, it foresees a production level of 34.2 million hectolitres, representing a drop of 27 per cent compared to 2020.

On the other hand, several countries within the EU expect a positive growth with respect to last year. For example Germany, the fourth largest European wine producer, has an estimated production volume of 8.8 million hectolitres (+4 per cent/2020), notwithstanding the late frost episode that heavily affected some of its neighbouring countries, OIV said.

Portugal, with 6.5 million hectolitres, is expected to record a wine production volume slightly above its 2020 level (+1 per cent).

Another large producer, Romania, whose harvests have been subject to very high volatility in the recent years, anticipates a surge in wine production in 2021, with 5.3 million hectolitres (+37 per cent/2020), a level 29 per cent above its last five-year average.

Hungary’s estimated wine production is 3.1 million hectolitres in 2021, a level six per cent above 2020 and four per cent higher than its five-year average.

Lastly, Czech Republic expects a wine production of 0.6 million hectolitres, a level two per cent higher than 2020 and in line with its average, OIV said.