A Bulgarian parliamentary election now would be likely to produce a situation similar to that in 2013, a stalemate in which the formation of a governing coalition would be difficult, according to the results of a poll by the Alpha Research agency, released on January 27 2017.

Boiko Borissov’s centre-right GERB party had the support of 32.6 per cent of voters, followed by the Bulgarian Socialist Party with 28.8 per cent.

In third place was the “United Patriots”, a coalition of nationalist and far-right parties including Valeri Simeonov’s and Krassimir Karakachanov’s Patriotic Front and Volen Siderov’s Ataka, with 10.7 per cent – a result similar to the coalition’s electoral support in Bulgaria’s November 2016 presidential elections.

The Movement for Rights and Freedoms, the party founded by Ahmed Dogan and which has Mustafa Karadaya as its current leader, had 7.8 per cent.

The newly-formed party led by Vesselin Mareshki, noted for his cut-price pharmaceutical and fuel businesses, would be just over the four per cent threshold to win seats in Parliament.

The centre-right Reformist Bloc coalition was between 3.8 and four per cent, while 2.3 per cent of those polled by Alpha Research said that they would vote for former justice minister Hristo Ivanov’s Yes Bulgaria anti-corruption party.

Alpha Research commented that with percentages like these, forming a cabinet would be a complicated task. If a section of right-wing voters were left without representation in Parliament, this would open the way to growing influence by populism and nationalism.

About 36.6 per cent of those polled wanted the elections to produce a centre-right government involving GERB, while 27.3 per cent wanted a centre-left government formed around the BSP.

Support was lowest for a GERB-BSP coalition (5.3 per cent) and a BSP-MRF coalition (4.2 per cent), Alpha Research found in its poll, which was done between January 14 and 22 2017 among 1024 adult Bulgarian citizens. 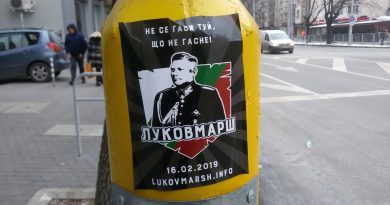 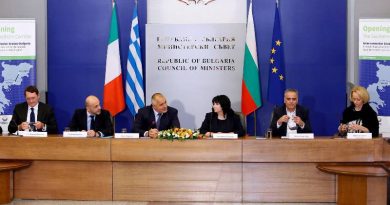