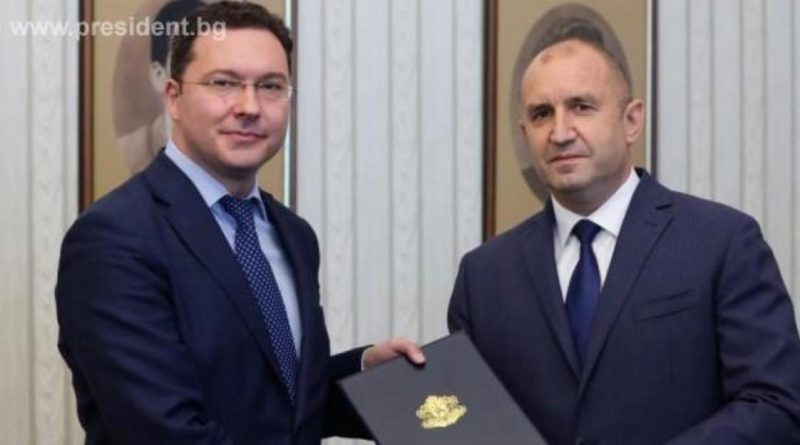 As it had telegraphed it would, Boiko Borissov’s GERB-UDF coalition formally declined on August 20 a mandate to seek to get a government elected by the National Assembly.

Ahead of the ceremony, the coalition held a news conference to present the cabinet it would not seek to get elected. The line-up was largely the same as that of the Borissov government that left office in May.

GERB-UDF made a similar move after the April parliamentary elections, when, as now, it was clear that all other groups in Parliament would oppose any government it proposed.

As the second-largest group in Parliament, GERB-UDF was entitled, by rules set in the constitution, to receive the second mandate. Earlier, cable television presenter Slavi Trifonov’s ITN party scuppered the first mandate.

Radev now has seven days to offer a third mandate. The constitution gives the President a choice regarding to which parliamentary group to offer that mandate.

If the third mandate does not result in Parliament electing a government, the President must dissolve Parliament and decree a date for parliamentary elections, which would be Bulgaria’s third in 2021.

“Bulgaria is in a difficult political situation, it is clear that the parties that have presented themselves as an alternative have failed to agree on forming a government and at the same time are trying to play a strange role of opposition,” Mitov said, in an apparent reference to ITN’s claim that is in opposition.

Discussions among leaders in Parliament on a date for the autumn presidential elections are expected to continue next week, after producing no result this week. There is continuing speculation that if this National Assembly does not elect a government, presidential and early parliamentary elections would be held simultaneously.

Democratic Bulgaria coalition co-leader Hristo Ivanov said that “two in one” elections were not a good option because that had never been done before. He saw the third mandate as the last chance to form a government.

Hamid Hamid, an MP for the Movement for Rights and Freedoms, claimed it was “arithmetically” possible to form a government with the support of GERB and the MRF.

Tatyana Doncheva of the “Rise Up Bulgaria! We’re Coming” coalition, asked if there was a chance of a third mandate succeeding, said that the coalition would try, with the other “parties of change” to achieve this.

ITN and GERB-UDF, which together hold 128 seats in Bulgaria’s 240-seat National Assembly, both have said that they would oppose a government proposed at the third-mandate stage.

(Photo of Mitov and Radev: president.bg)