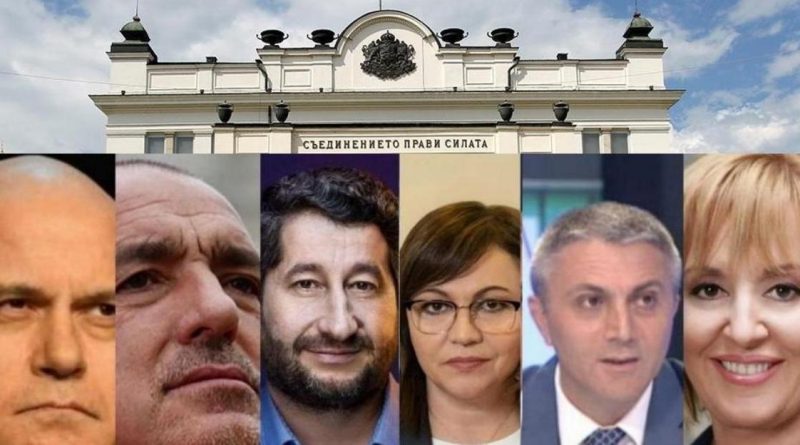 The presiding officers of Bulgaria’s National Assembly, parliamentary group representatives and constitutional advisers met in urgent session on August 11 to try to find a way out of the crisis resulting from ITN party leader Slavi Trifonov’s announcement that his proposal for a government was being withdrawn, deciding that the vote on the proposal would go ahead on August 12 so that the constitutional process is completed.

Reportedly, the agreement is to vote to reject the proposed cabinet, providing legal finality to its withdrawal.

Emerging from the meeting, Maya Manolova of the “Rise Up Bulgaria! We’re Coming” coalition said that this decision had been agreed on as a way out of an “absurd situation”.

Nikolai Hadzhigenov, an MP for “Rise Up Bulgaria! We’re Coming” said that ITN had opposed the decision to proceed with the vote on the proposed cabinet. Other groups had given ITN assurances that they would not vote to elect the government, saying that they would not make its prime-minister designate prime minister “by force”.

The current episode in the political melodrama began when ITN, which got the largest share of seats in Bulgaria’s early parliamentary elections on July 11, named as its prime minister-designate Plamen Nikolov, who on July 30 accepted a mandate to seek to form a government, returning it on August 6 fulfilled.

But after on August 10 it became clear that ITN’s proposed government would be opposed in the National Assembly, Trifonov said that he was withdrawing it.

This raised the constitutional issue of whether withdrawing the presidential decree, tabled in Parliament for a vote on the cabinet, could be done, or whether a debate and vote in the House must proceed.

In a bid to prevent the debate and vote proceeding, Nikolov said on August 10 that he was withdrawing from his nomination “for personal reasons”, writing to the President and the Speaker of the National Assembly informing them of this.

A meeting of the presiding officers and group leaders before the August 11 sitting of Parliament began failed to agree on the question, leading to the calling of the second meeting, that began later in the morning.

As the sitting of the House began, Alexander Nenkov, an MP for Boiko Borissov’s GERB-UDF coalition, rose on a point of order, asking why the vote on the proposed cabinet was not on the order paper.

“I don’t know if we realise it, but we are on the way from a political crisis to a constitutional one,” he said.

Speaker Iva Miteva, of Trifonov’s ITN party, shut him down, arguing that the item could not be on the agenda because Nikolov had withdrawn his candidacy and the proposed government.

GERB-UDF parliamentary leader, lawyer Dessislava Atanassova, said that what Trifonov had done was unprecedented in the 31 years that the current Bulgarian constitution had been in effect.

“It is a pity that all calls for a restart of statehood, a return of parliamentarism, and so on, were just empty election slogans,” Atanassova said. “The fact is that everyone does what they decide, even to the limits of the constitution and the law.”

Professor Emilia Drumeva, a constitutional adviser to President Roumen Radev, emerged from the second meeting before it ended, saying that Radev would make no move regarding a second mandate until the National Assembly had clarified its position.

“Rise Up Bulgaria! We’re Coming” also called for a debate and vote on the proposed government. “The constitutional procedure must be completed and there must be a debate about the cabinet in the hall,” Hadzhigenov said.

Hadzhigenov said that if matters reached the stage of a third mandate and it was handed to the group of which he is a member, there would be an attempt to form a government, made up partly of members of the current caretaker cabinet. This proposed government would have a one-year programme, to be followed by parliamentary elections.

Bulgarian Socialist Party leader Kornelia Ninova said, in a lengthy declaration in the House, that the situation was a test for the country’s politicians. A bitter winter was coming, with the Covid-19 wave and rising electricity prices, but the politicians had put their own interests first, she said.

Ninova hit out at the “protest parties” for refusing to work with the BSP.

Movement for Rights and Freedoms leader Mustafa Karadayi said: “We have a very clear position when there is a voting situation. There is currently no such situation”.

ITN criticised Democratic Bulgaria and “Rise Up Bulgaria! We’re Coming”, which had announced on August 10 that they would vote against its proposed government. At a briefing in the lobby of Parliament, ITN MP Viktoria Vassileva accused the two coalitions of hypocrisy and impudence.

Vassileva said that the two formations had been desperate for a government to be formed because they believed if elections were to be held, they would not return to the House.

At a news conference at the GERB headquarters, Borissov said that on receiving a second mandate to form a government, his coalition would again nominate Daniel Mitov to be prime minister, then immediately return the mandate unfulfilled.

The object of the exercise was to present a cabinet nominated by GERB so that people could “see and compare,” Borissov said. 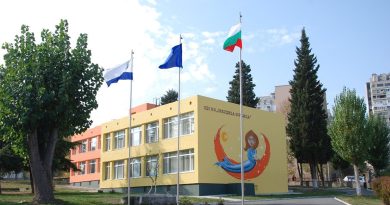 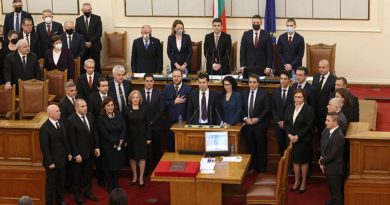