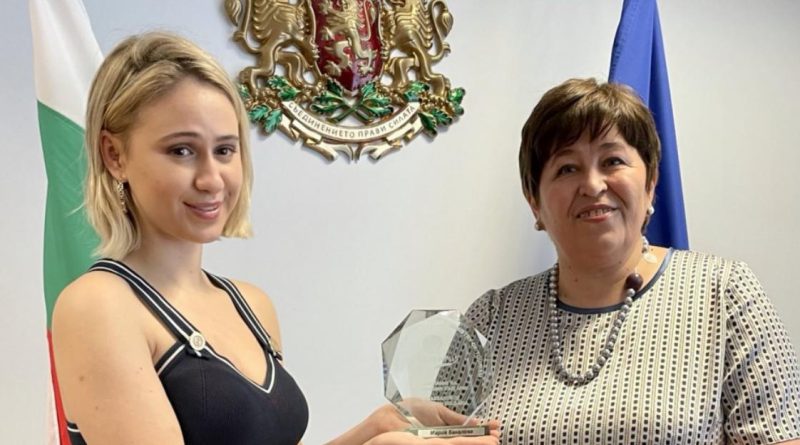 Borat star Maria Bakalova, the first Bulgarian actor to be nominated for an Oscar, has become an Ambassador for Destination Bulgaria, the country’s Tourism Ministry said on July 19.

“My team and I would be happy for you to accept this symbolic role of ambassador and to embrace as your cause the promotion of the diversity of tourist destination Bulgaria,” caretaker Tourism Minister Stella Baltova told Bakalova at a meeting in Sofia after the actor’s participation in the Cannes Film Festival.

Bakalova expressed excitement at receiving the honorary title, saying that she took on the honour with a sense of responsibility, the Tourism Ministry statement said.

She said that Bulgaria is a wonderful country and its beauty, delicious food and ancient history must be promoted.

“It is an honour and a matter of pride that I may call myself a Bulgarian and I have always loved Bulgaria,” Bakalova said.

“I sincerely hope that the new, young generation will be happy and proud to be Bulgarian,” she said, adding that even though they encountered difficulties, this builds their character.

Bulgaria’s nature and architecture are extremely beautiful and she rediscovers them every time she happily returns home, the Borat actor said.