For the first time in nine months, a day has passed in Bulgaria with no new deaths registered among people who had tested positive for Covid-19.

However, that day was Sunday. For months, there has been a trend of relatively low figures of deaths reported on a Monday, to be followed by a minor spike on the subsequent Tuesday. Previously, health authorities have attributed this to a lag in registering cases from the weekend.

The most recent time that no new deaths were registered in a day was September 27, which was also a Sunday.

Bulgaria’s Covid-19 death toll thus remains at 18 027, as it was at the end of a week that saw the lowest death toll linked to the disease in a week since 2021 began, as The Sofia Globe reported on June 27.

Of 2915 tests done in the past day, 16 – about 0.54 per cent – proved positive, according to the June 28 report by the national information system.

The new cases, by district, are Sofia city two, Sofia district two, Plovdiv two, Varna two, Bourgas two, Pazardzhik four, Vratsa one and Pernik one. No cases were reported in the remaining 20 districts of Bulgaria.

To date, 421 531 cases of new coronavirus have been confirmed in Bulgaria, a figure that includes those who have died, the active cases and those who have recovered from the virus.

There are 9379 active cases, a decrease of three in the past day.

The report said that 19 people recovered from the virus in the past day, bringing the total to 394 125.

There are 1560 patients with Covid-19 in hospital, a decrease of one in the past day, with 197 in intensive care, an increase of one.

No medical personnel tested positive in the past day, leaving the figure to date at 13 439.

A total of 786 336 people in Bulgaria have completed the vaccination cycle, meaning either that they have received a second dose or one from a single-dose vaccine. This includes 1341 on Sunday. 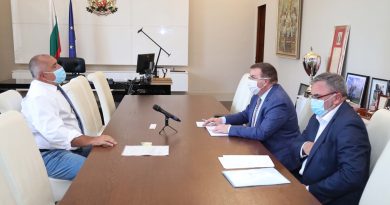