Bulgaria’s Defence Chief Admiral Emil Eftimov said that what he termed “biological material” found among the wreckage of the MiG-29 that crashed into the Black Sea on June 9 had been sent for DNA testing.

Pilot Major Valentin Terziev has been missing since the crash, which happened in the very early hours of Wednesday during an exercise near Shabla.

Speaking at a news conference on June 10, Eftimov said that efforts were mainly focused on finding the aircraft’s black box.

This was key to being able to analyse the causes of the crash and to be able to continue the planned flying activities of the military, he said.

Eftimov said that the Navy had reacted immediately with the organisation of a search and rescue operation involving surface vessels and helicopters.

A minesweeper was performing a survey of the sea bottom with the help of equipment used to detect mines and underwater objects with a small reflective surface.

On June 10, a meeting was held with specialised organisation and private companies that had the necessary technological capabilities to assist. All had expressed readiness to participate in the search, without charging a fee.

Eftimov said that the meeting had been attended by an Air Force official who had briefed the search teams on the configuration of the aircraft and its weaponry so that bringing the objects to the surface could be done in line with safety measures.

He said that the approach would be to deploy portable search equipment on Navy vessels. A specialised ship will be used to serve as a floating coordination platform in the search area.

Mihailov thanked the organisations and companies from the maritime business that had expressed a desire to support the activities of the Navy.

“We are in a race against time, favourable weather conditions are needed for these complex activities. The sooner we find and remove the black box of the plane, the greater the chance that we will contribute to clarifying the causes of the accident,” he said. 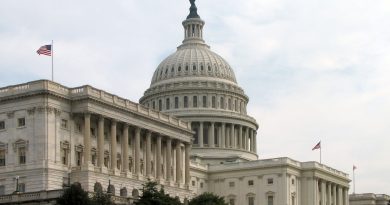 US senate confirms Eric Rubin as ambassador to Bulgaria