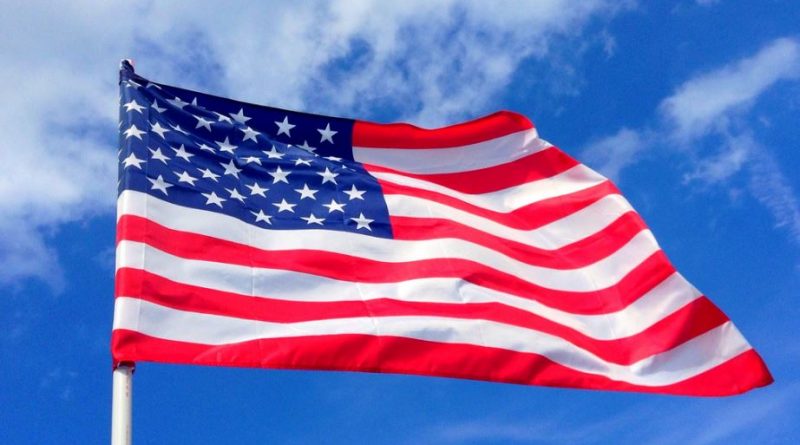 The United States Department of the Treasury’s Office of Foreign Assets Control (OFAC) announced on June 2 that it had sanctioned three Bulgarian individuals for what it called their extensive roles in corruption in Bulgaria, as well as their networks encompassing 64 entities.

It named the three as Vassil Bozhkov, a prominent Bulgarian businessman and oligarch; Delyan Peevski, a former Member of Parliament; and Ilko Zhelyazkov, the former deputy chief of the Bulgarian State Agency for Technical Operations who was appointed to the National Bureau for Control on Special Intelligence-Gathering Devices.

Also covered by the sanctions are companies owned or controlled by the respective individuals, the Treasury Department said.

It said that the US government will continue to impose tangible and significant consequences on those who engage in corruption and work to protect the global financial system from abuse.

“The United States stands with all Bulgarians who strive to root out corruption by promoting accountability for corrupt officials who undermine the economic functions and democratic institutions of Bulgaria,” the statement quoted Office of Foreign Assets Control Director Andrea M. Gacki as saying.

“Not only does corruption deprive citizens of resources, it can erode the institutions intended to protect them.  This designation under the Global Magnitsky sanctions program shows that we are committed to combatting corruption wherever it may be.”

The statement said that the individuals and entities are designated pursuant to Executive Order (E.O.) 13818, which builds upon and implements the Global Magnitsky Human Rights Accountability Act and targets perpetrators of serious human rights abuse and corruption around the world.

These sanctions coincide with complementary actions taken by the US Department of State to publicly designate Peevski and Zhelyazkov, among others, under Section 7031(c) of the Department of State, Foreign Operations, and Related Programs Appropriations Act due to their involvement in significant corruption, the Treasury Department said.

The statement said that the June 2 designations constitute the largest Global Magnitsky action taken on a single day in the history of the programne, targeting over 65 individuals and entities for their significant acts of corruption in Bulgaria.

The corrupt activities undertaken by the individuals designated today demonstrate how pervasive corruption goes hand-in-hand with other illicit activity, the statement said.

“The breadth of today’s action shows that the United States will support the rule of law and impose costs on public officials and those connected to them who use government institutions for personal profit,” the Treasury Department said.

“Today’s designation exposes Bozhkov, Peevski, and Zhelyazkov for abusing public institutions for profit and cuts off these individuals’ and their companies’ access to the US financial system.  To further protect the international financial system from abuse by corrupt actors, Treasury encourages all governments to implement appropriate and effective anti-money laundering measures to address corruption vulnerabilities.”

These actions send a strong signal that the United States stands with all Bulgarians who strive to root out corruption, the statement said.

“We are committed to helping our partners realize their full economic and democratic potential by tackling systemic corruption and holding corrupt officials accountable.  Treasury remains committed to working with Bulgaria to address money laundering reforms that lead to financial transparency and accountability.  We call upon regulators to communicate the risks of doing business with these corrupt officials and their companies.”

“These officials include a current political leader and the former Chairman of the now-abolished State Commission on Gambling (SCG). “

It alleged that Bozhkov also planned to provide a sum of money to a former Bulgarian official and a Bulgarian politician earlier this year to help Bozhkov create a channel for Russian political leaders to influence Bulgarian government officials.

Bozhkov is currently in Dubai, United Arab Emirates, where he successfully evaded Bulgarian extradition on a number of charges levied in 2020, including leading an organised crime group, coercion, attempted bribery of an official, and tax evasion. (Bozhkov denies wrongdoing.)

In its investigation, the Prosecutor’s Office of the Republic of Bulgaria found that in February 2018, Bozhkov paid the then-chair of the SCG 10 000 leva (about $6220) on a daily basis to revoke Bozhkov’s competitors’ gambling licences.

Following this massive bribery scheme, the Chair of the SCG resigned, was arrested, and the SCG was abolished.  There remains an international warrant for Bozhkov’s arrest as his influence continues in Bulgaria, the Treasury Department said.

In advance of the July 2021 Bulgarian parliamentary elections, Bozhkov registered a political party that will run candidates in the aforementioned elections to target Bulgarian politicians and officials.

“Bozhkov is designated pursuant to E.O. 13818 for being a person who has materially assisted, sponsored, or provided financial, material, or technological support for, or goods or services to or in support of corruption, including the misappropriation of state assets, the expropriation of private assets for personal gain, corruption related to government contracts or the extraction of natural resources, or bribery.”

OFAC is also designating 58 entities, including Bulgarian Summer, registered in Bulgaria that are owned or controlled by Bozhkov or one of his companies:

The Treasury Department statement described Peevski as “an oligarch who previously served as a Bulgarian MP and media mogul and has regularly engaged in corruption, using influence peddling and bribes to protect himself from public scrutiny and exert control over key institutions and sectors in Bulgarian society”.

It said that in September 2019, Peevski actively worked to negatively influence the Bulgarian political process in the October 27 2019 municipal elections.

The statement alleged that Peevski negotiated with politicians to provide them with political support and positive media coverage in return for receiving protection from criminal investigations.

It alleged that Peevski also engaged in corruption through his front man Zhelyazkov.

“Peevski used Zhelyazkov to conduct a bribery scheme involving Bulgarian residency documents for foreign persons, as well as to bribe government officials through various means in exchange for their information and loyalty.”

For example, as of 2019, Zhelyazkov was known for offering bribes to senior Bulgarian government officials who were expected to provide information to Zhelyazkov for onward passage to Peevski, the statement said.

“In return, Zhelyazkov would see that individuals who accepted his offer were placed in positions of authority and also provided a monthly bribe.”

Peevski and Zhelyazkov also had an official placed in a leadership position to embezzle funds to them in 2019, the statement said.

In another example, as of early 2018, these two government officials ran a scheme to sell Bulgarian residency documents where company representatives purportedly paid bribes to Bulgarian officials to ensure their clients received citizenship documents immediately rather than making the $500 000 deposit or waiting the five years for a legitimate request to be processed.

The statement further alleged that Zhelyazkov also blackmailed a potential Bulgarian government minister with criminal charges from Bulgaria’s Prosecutor General’s office if the minister did not provide him further assistance upon appointment.

“Peevski and Zhelyazkov are designated pursuant to E.O. 13818 for being foreign persons who are current or former government officials, or persons acting for or on behalf of such an official, who are responsible for or complicit in, or who have directly or indirectly engaged in, corruption, including the misappropriation of state assets, the expropriation of private assets for personal gain, corruption related to government contracts or the extraction of natural resources, or bribery.”

OFAC is also designating six entities registered in Bulgaria that are owned or controlled by Peevski or one of his companies:

The Treasury Department said as a result of the June 2 action, all property and interests in property of the persons above that are in the United States or in the possession or control of US persons are blocked and must be reported to OFAC.

In addition, any entities that are owned, directly or indirectly, 50 per cent or more by one or more blocked persons are also blocked.

Unless authorized by a general or specific license issued by OFAC, or otherwise exempt, OFAC’s regulations generally prohibit all transactions by US persons or within (or transiting) the United States that involve any property or interests in property of designated or otherwise blocked persons.

In a separate statement, the State Department said that it was announcing public designation of Peevski and Bulgarian former public officials Alexander Manolev, Petar Haralampiev, Krasimir Tomov, as well as current Bulgarian public official Ilko Zhelyazkov, “due to their involvement in significant corruption”

The State Department alleged that in their official capacities as Deputy Minister of the Economy, Director of the State Agency for Bulgarians Abroad, and Chief Secretary of the State Agency for Bulgarians Abroad, respectively, Manolev, Haralampiev, and Tomov were “involved in corrupt acts that undermined the rule of law and the Bulgarian public’s faith in their government’s democratic institutions and public processes, including by using their political influence and official power for personal benefit”.

The statement alleged that in his capacity as a member of parliament, Peevski used Zhelyazkov, an official in the National Bureau for Control on Special Intelligence-Gathering Devices, as an intermediary and accomplice to peddle influence and pay bribes to protect himself from public scrutiny and to exert influence over key institutions and sectors in Bulgarian society.

This action renders Manolev, Haralampiev, Tomov, Zhelyazkov, and Peevski, and each of their immediate families, ineligible for entry into the United States.

“Today’s actions reaffirm our commitment to supporting rule of law and strengthening democratic institutions in Bulgaria.  The United States stands with all Bulgarians whose work drives reforms forward, and the Department will continue to use its authorities to promote accountability for corrupt actors in the region and globally,” the statement said. 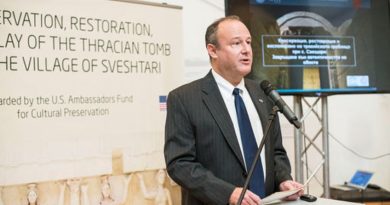 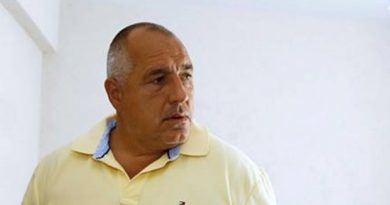