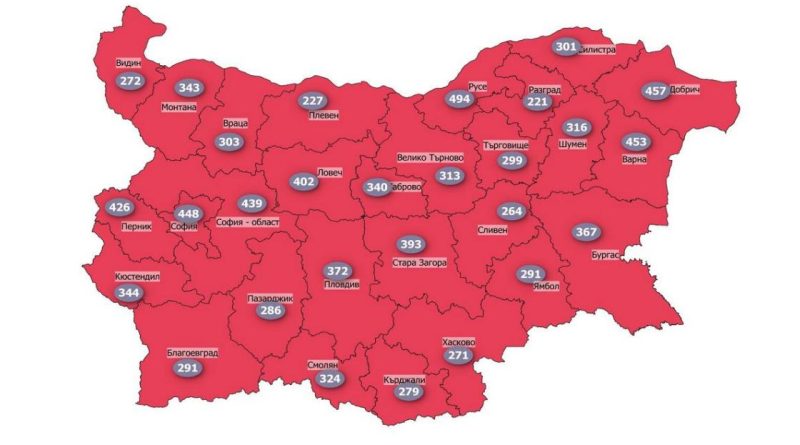 For a sixth consecutive week, all of the 28 districts in Bulgaria are Covid-19 “red zones”, meaning a rate of infection of 120 or higher per 100 000 population.

This is according to the weekly report by the National Centre for Infectious and Parasitic Diseases, covering the 14-period that ended on April 25.

Compared with the previous five weeks, rates of infection are generally going down.

Seven districts have infection rates higher than 400 out of 100 000 population.

The rate is highest in the Rousse district, 494 out of 100 000. In the previous weekly report, the infection rate in the district was 623.