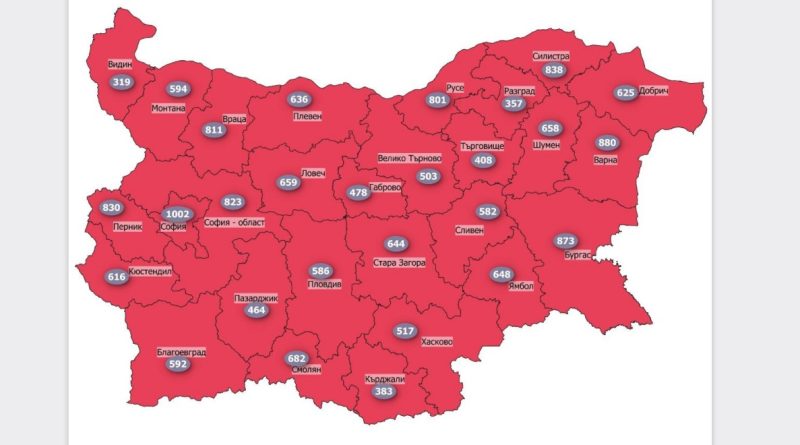 For the third consecutive week, all of Bulgaria’s 28 districts were Covid-19 “red zones”, meaning a rate of 120 or more infected per 100 000 population, according to the April 6 weekly report by the National Centre for Infectious and Parasitic Diseases.

Covering the 14-day period up to April 4, the report showed the situation in Bulgaria’s capital city Sofia as the worst, at a rate of infection of 1002 per 100 000 population.

This, however, was down from the rate of 1018 shown in the centre’s report a week earlier.