A total of 107 people in Bulgaria who had tested positive for Covid-19 died in the past 24 hours, bringing the country’s death toll to 11 579, according to the March 17 report by the national information system.

To date, 287 568 cases of new coronavirus have been confirmed in Bulgaria, according to the report, counting in those who have died, those who have recovered and the active cases.

A total of 106 medical personnel tested positive in the past 24 hours, bringing the total to date to 10 973.

The national information system said that in the past 24 hours, a total of 1757 people in Bulgaria had recovered from the virus, bringing the total to 228 816.

A total of 4287 doses of vaccines against Covid-19 were administered in Bulgaria in the past day, bringing the total to 345 994. 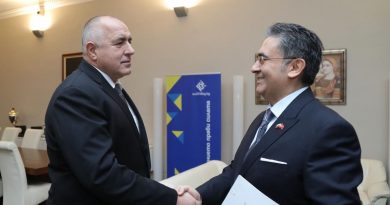