A total of 929 people in Bulgaria who had tested positive for Covid-19 died in the past week, bringing the country’s death toll linked to the disease to 3749, according to data posted by the national information system on November 29.

This is the largest number of Covid-19 deaths in Bulgaria in a single week so far. It is 200 higher than the previous single-week record death toll, recorded on November 22.

Sixty-nine people in Bulgaria who had tested positive died in the past day, the national information system’s November 29 report said.

In the past week, the number of confirmed cases rose by 21 050 to a current total of 141 747, a figure that includes those who have died, the active cases and those who have recovered from the virus.

The national information system said that of the 4928 PCR tests done in the past 24 hours, 1792 proved positive – the equivalent of about 36.6 per cent.

A total of 1063 medical personnel tested positive in the past week, bringing the total to date to 5800.

A hundred and five tested positive in the past 24 hours.

In the past week, 12 027 people recovered from the virus, bringing the total to 47 779. Of these, 1039 were registered in the past 24 hours, according to the national information system. 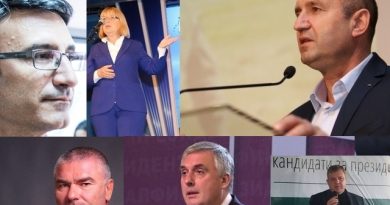