Those seeking to enter Greece at the Kulata-Promachonas border checkpoint with Bulgaria must, as of November 20, not only present a negative PCR test and a QR code, but also undergo a rapid test for Covid-19.

Greece is admitting only Greek citizens and foreigners with permanent residence, as well as people travelling for work or humanitarian reasons.

Bulgaria’s Border Police said that in the event of a positive rapid test, Greek citizens and foreigners with permanent residence will be admitted to the country but placed in 14-day quarantine. All others will be barred from entering the country.

The new measures do not apply to lorry drivers.

Separately, Bulgaria’s Foreign Ministry announced that as of November 20, only goods vehicles are allowed to pass through the Makaza border checkpoint with Greece.

In other news related to the Covid-19 situation in Bulgaria on November 20:

Associate Professor Evgeni Grigorov has a doctorate in social medicine and health care and pharmacy organisation, a master’s degree in pharmacy from the Medical University in Sofia and a master’s in business logistics from the University of National and World Economy. He has had a long teaching career.

Slavi Pachalov has a master’s in occupational medicine. Formerly with the Bulgarian Red Cross, where he held various senior positions, since 2017 he has been managing a company dealing with training in first aid, disaster response, fire safety, road safety, rescue and search activities.

The rules forbid the placing of tables at such bazaars and the consuming of food and drink on site. Also banned are open stages with cultural programmes.

A statement by Sofia municipality said that there would be three Christmas markets in the city. One in the area of the City Garden, another in the National Palace of Culture park and a third at Slaveikov Square.

“In the event of violations and non-compliance with the introduced anti-epidemic measures, the markets will be closed,” the municipality said.

Sofia municipality said that since the beginning of November, Sofia police have checked 6656 quarantined people.

Varna municipality said a special telephone line had been re-opened to provide psychological support to people affected by Covid-19 and their relatives.

Free psychological and career assistance continues to be provided to the school community in Varna. Every working day, a team of psychologists from the Municipal Centre for Psychological Support at the Education and Youth Activities Directorate works online, the municipality said.

The National Statistical Institute said on November 20 that in the third quarter of this year, amid the continuing epidemic situation in the country, 1 324 400 Bulgarian residents undertook tourist trips.

Most, 94.1 per cent, travelled only within the country, 3.2 per cent only abroad and 2.7 per cent both in the country and abroad.

The total number of those aged 15 and over who travelled was 23.6 per cent less than in the third quarter of 2019.

The opposition Bulgarian Socialist Party has lodged a complaint in the Constitutional Court against online participation of MPs in sittings of the National Assembly.

The application, signed by 54 MPs, asks the court to declare unconstitutional the National Assembly decision on November 6 to allow MPs in mandatory quarantine because of Covid-19 to participate in sittings.

BSP MP Yavor Bozhankov told a news conference: “This decision of the government reduces the role of MPs to a complete formality. The MPs participating in the sittings from a video wall do not take part in the debates, but only provide the necessary quorum”.

He noted that the online participation was open only to MPs who were ill with Covid-19, while MPs who had a different illness did not have the same rights.

Over the next few months, the United States embassy and the America for Bulgaria Foundation will provide an additional $1 million of anti-Covid supplies and services to Bulgaria, the embassy said in a November 20 media statement.

The campaign, entitled “Healing Together” will provide material support to hospitals, medical centres, and medical workers.

The first major donation of the “Healing Together” campaign took place last week, when the US embassy provided more than 7000 PCR test kits to Bulgaria’s National Centre for Infectious and Parasitic Diseases.

The campaign includes $735 000 (1.22 million leva) in funding for government hospitals and medical centres across the country provided by the US Department of Defence’s European Command. The America for Bulgaria Foundation will also provide much-needed support to Bulgarian medical workers, the statement said. 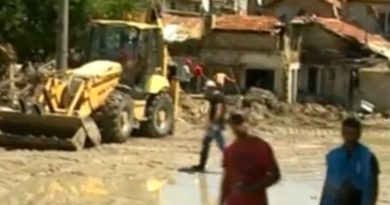 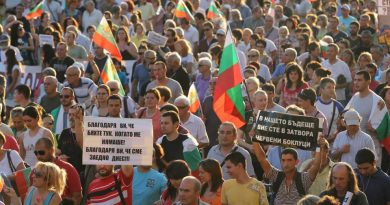 Controversy over embattled Bulgarian Parliament voting itself a vacation