All 28 districts in Bulgaria are classified as Covid-19 red zones, it emerged at the Health Ministry’s weekly briefing on November 12.

Bulgaria is currently ranked 14th in morbidity in Europe and seventh in mortality.

The highest rates of Covid-19 bed occupancy are in the districts of Blagoevgrad, Gabrovo, Pernik, Razgrad, Turgovishte and Shoumen.

The head of Pirogov emergency hospital in Sofia, Professor Assen Baltov, said that in Bulgaria’s capital city, more than 3000 beds for treatment of moderate cases of Covid-19 had been added in recent days, along with 400 beds for intensive care.

Bulgaria has expressed interest in three of the first six vaccines to be registered with the European Medicines Agency, Angelov said.

There will be enough vaccines for all vulnerable groups – front-line doctors, the elderly, the chronically ill. The vaccine will not be included in the mandatory immunisation calendar in Bulgaria and will be free of charge for all Bulgarian citizens, Angelov said.

“Do not stock up on medications, do not buy antibiotics and do not self-medicate. This will lead to severe consequences for the whole society,” he said, adding an assurance that the country had sufficient medications.

As The Sofia Globe reported earlier, Bulgaria’s Health Ministry announced that it has amended the anti-epidemic restrictions, which it imposed last month until November 12, and extended their validity until November 30. 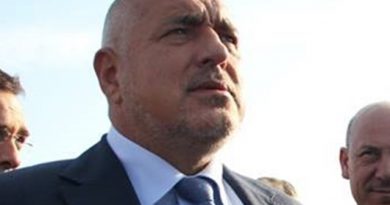