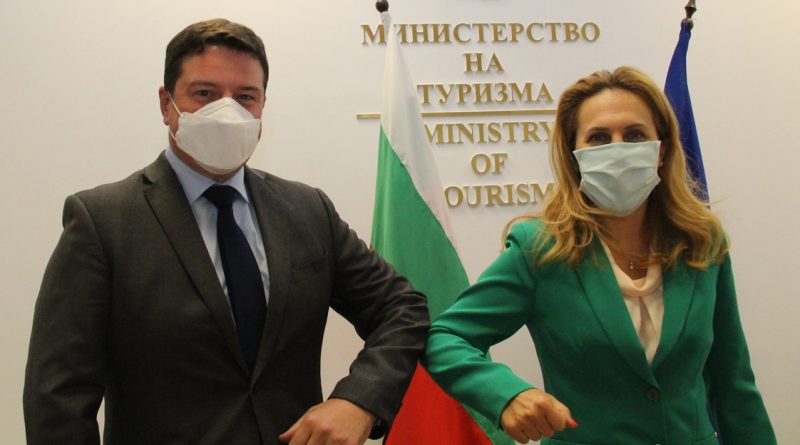 Bulgaria’s Tourism Minister Mariana Nikolova discussed the lifting of restrictions on travellers from Bulgaria to the United Kingdom with British ambassador Rob Dixon, an October 6 statement by the ministry said.

“In the spirit of partnership and reciprocity, we hope that the British authorities will remove the restrictions on Bulgarian and foreign citizens entering the territory of the United Kingdom from our country,” the statement quoted Nikolova as saying.

Nikolova issued a reminder that as of July 16, the obligatory 14-day quarantine of British citizens entering the territory of Bulgaria had been abolished, and as of July 27 2020 the requirement for presenting a negative PCR test was removed.

The statement said that she told Dixon that Bulgaria attached great importance to good relations with the UK in the field of tourism.

“The United Kingdom is a priority tourist market and partner of Bulgaria. In 2019, more than 470 000 tourists from the UK visited our country, which is an increase of more than 20.7 per cent compared with 2018,” she said.

Nikolova told Dixon that all hotels, restaurants and other sites in Bulgaria were complying strictly with all anti-epidemic measures so as to ensure both the smooth running of the upcoming winter season and the safety and health of all guests.

She said that Bulgaria remained among the least infected countries in the Balkans, making it a safe tourist destination.

The statement quoted Dixon as saying: “We would also like the quarantine measures to be lifted, and I hope that this will happen soon and that the flow of tourists between the two countries will resume”.

He welcomed the measures taken by the Bulgarian government against the coronavirus.

According to the Tourism Ministry statement, Dixon said that Bulgaria is a preferred winter destination for British citizens, but it is important to preserve human health given the upcoming second wave of Covid-19 in Britain and Europe.