Eight people in Bulgaria who had tested positive for new coronavirus died in the past 24 hours, bringing the country’s death toll linked to the virus to 862, the national information system said on October 7.

By far the largest number of newly-confirmed cases was in Bulgaria’s capital city Sofia, 135, followed by the districts of Plovdiv, 40, Bourgas, 38, Stara Zagora, 27, and Blagoevgrad, 25.

To date, 22 306 cases of new coronavirus have been confirmed in Bulgaria, counting in those who have died, those who have recovered and the active cases.

The number of patients in hospital rose by 41 in the past day to 971. Fifty-seven are in intensive care, two fewer than as at the national information system’s October 6 report.

Thirty-five medical personnel tested positive in the past 24 hours, bringing the total to date to 1237. 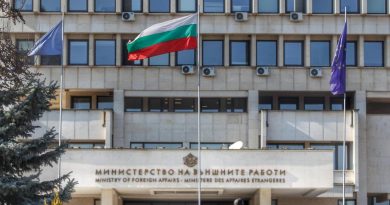