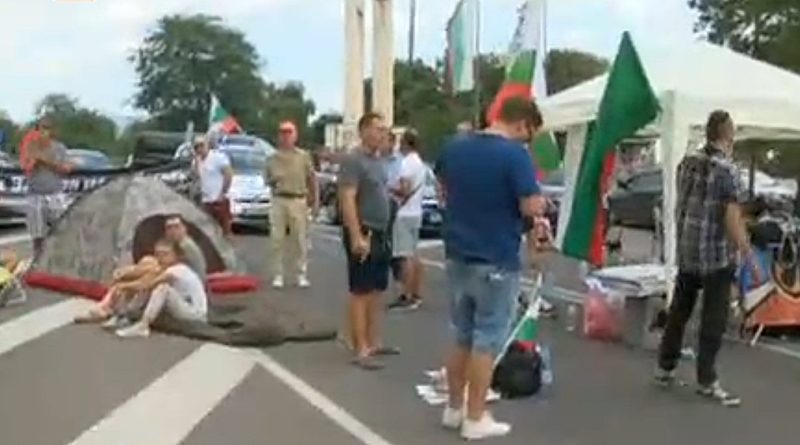 Protesters demanding the resignation of the Bulgarian government and Prosecutor-General blocked the Stara Zagora – Haskovo road for more than 18 hours after police thwarted their intention to block Trakiya Motorway linking Sofia to the southern Black Sea coast.

Bulgarian National Television reported that in the area of the blockade, close to Trakiya motorway near the former Stara Zagora airfield, the police presence had been stepped up.

Protesters had intended to march along the cloverleaf intersection linking Stara Zagora to the motorway, but were stopped by police.

The Interior Ministry regional directorate in Stara Zagora said that the protesters had been barred from the motorway to prevent accidents there.

BNT said that residents of Stara Zagora were showing solidarity with the protesters by bringing food and water.

August 1 was the 24th consecutive day of the protests in Bulgaria, demanding the resignation of Boiko Borissov’s government and Prosecutor-General Ivan Geshev, and the calling of early elections. The protests have been mobilised around a call for the rule of law and an end to ties between oligarchic shady business interests and politics.

In Sofia, the major road intersection at Eagle Bridge (Orlov Most) and the boulevard where the Presidency and the Cabinet buildings stand have been blocked by three days by anti-government protesters who have been supplied with tents for an encampment.