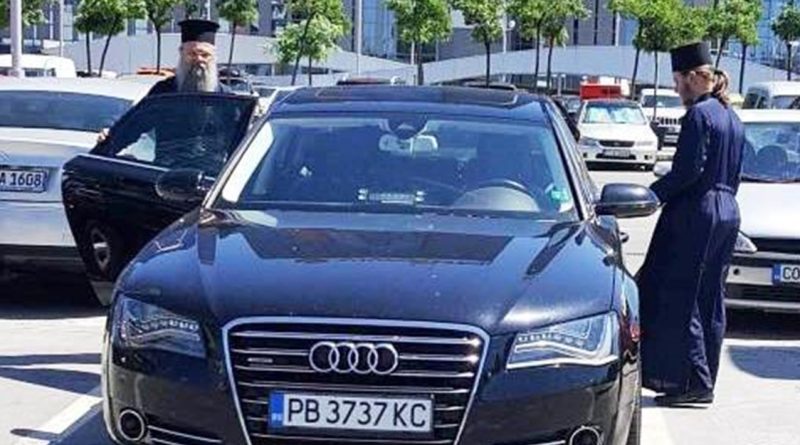 Police in Sofia and in Plovdiv have begun an investigation following the publication of a photograph of an official car of Bulgarian Orthodox Church Metropolitan Nikolai, apparently showing it having a “blue light” device on the dashboard.

Bulgaria’s Road Traffic Act sets out a long list of vehicles where such devices may be used, for example by emergency medical assistance, State Agency for National Security, National Assembly and National Protection Services vehicles.

The list does not include Metropolitans of the Bulgarian Orthodox Church.

Plovdiv news website podtepeto.com reported that the photograph appeared to have been taken outside a shopping mall in Sofia.

Podtepeto quoted the head of the Interior Ministry regional directorate in Plovdiv, Senior Commissioner Yordan Rogachev, as saying that the question of the device on Nikolai’s car was being investigated.

The investigation was being conducted both by Plovdiv police and by Sofia police, because the photograph appeared to have been taken in the capital city.

Rogachev said that the Audi currently was outside Plovdiv, and would be inspected on its return.

Podtepeto reported that there could be no doubt that it was Nikolai’s Audi. It had the registration number of the car that the website had photographed many times.