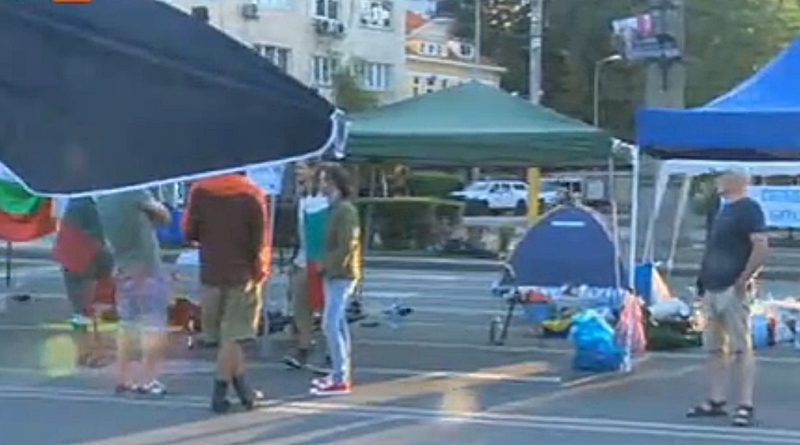 The intersection at Eagle Bridge (Orlov Most) in Bulgaria’s capital city Sofia continued for a second morning to be blocked by anti-government protesters who have set up tents, Bulgarian National Radio reported on July 31.

Police were diverting traffic from the section of the road between Vassil Levski Boulevard and Eagle Bridge, BNR said.

Attempts by officials from Sofia municipality to persuade the protesters to allow public transport through produced no result. Protesters are allowing ambulances to go through the Eagle Bridge intersection.

Also obstructed by protesters was traffic in front of the Presidency building in Dondukov Boulevard.

The protesters, who are seeking the resignations of Prime Minister Boiko Borissov’s government and Prosecutor-General Ivan Geshev, say that they will remain in place until these resignations are handed in. Borissov has said that his government will not resign and Geshev also is refusing to step down.

On social networks, anti-government protesters in Stara Zagora were planning to block Trakiya Motorway at 6.30pm on July 31, local media said. The motorway, linking Sofia to the Black Sea city of Bourgas, is expected to see heavy traffic as people make their way to the southern Bulgarian coast amid the summer heat.