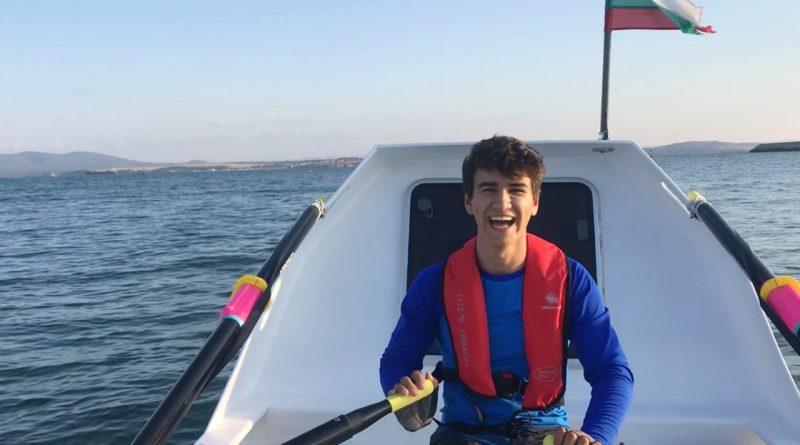 Bulgarian father and son Stefan Ivanov, 47, and Maxim Ivanov, 16, are preparing to row across the Atlantic in early June 2020 in a campaign to help the Health Ministry’s recruitment drive for organ donors.

They will do so in a boat that they built in their garage, with some expert assistance, as seen on the Neverest Ocean Row Facebook page.

They are the first Bulgarians to embark on a transatlantic tandem rowing expedition.

“We have no technical education, so we relied on the advice of boat designers, some of the most experienced shipbuilders. We did everything or bought everything ourselves, we did not use funds from sponsors,” Stefan Ivanov told local media.

For the Portugal-Brazil expedition, a journey of about 6000km, the boat has been equipped with satellite communications, radios and navigational equipment.

The two emphasised that they are undertaking the journey not to set records, but to assist the Health Ministry’s “Da Za Zhivot” organ donation recruitment campaign.

“They all expect a second chance at life, which is only possible through an organ transplant.”

But out of 28 member states of the European Union, Bulgaria ranks 28th in the number of people with transplant operations per million population.

There is an insufficient number of donors, while relatives frequent refuse the donation of the organs of the deceased.

The campaign was launched in November, including the printing of 50 000 “donor cards”. The card, also printable from the website, has no legal status, but indicates the will of the holder.