The number of confirmed cases of Covid-19 has increased by 51 in the past 24 hours, bringing the total to 966, the operational headquarters said on April 21.

This is the largest single increase in a 24-hour timeframe so far.

The death toll is 45, after a man also suffering from diabetes died at St Sofia hospital, and a man – who also had heart failure and pulmonary disease – died at the Military Medical Academy, the operational HQ said.

There are currently a total of 752 active cases. A total of 170 patients have recovered.

A total of 268 patients are in hospital, 34 of them in intensive care.

Eighty medical personnel have tested positive, an increase of four. Three were in Sofia and one in Haskovo, the operational HQ said.

Of the 51 positive samples in the past 24 hours, 22 were in Sofia, 19 in Pleven, five in Bourgas, two in Kyustendil, and one each in Smolyan, Sliven and Haskovo.

Of the total number of positive tests so far, the highest number were in Sofia, 556.

The oldest patient is 91 and the youngest a two-month-old baby.

Operational HQ chief Major-General Ventsislav Mutafchiyski said that the total number of confirmed cases in Bulgaria had been climbing for the past five days as in the upward curve of a parabola. “Of course, not very steeply, and God forbid it should become very steep,” he said.

The operational HQ is continuing to inspect retail chains. In most cases, physical distancing and other anti-epidemic measures were being adhered to, but there had been violations at hypermarkets on the outskirts of Sofia. 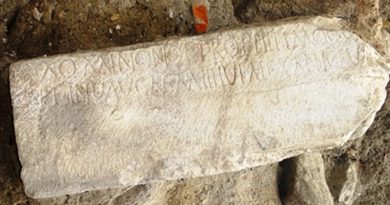