There were 29 198 marriages registered in Bulgaria in 2019, a total of 237 more than in 2018, the National Statistical Institute (NSI) said on April 13 in a report on demographic processes.

On average, men in Bulgaria married for the first time at 32 and women at 29.1 years, the NSI said.

This meant that the age at first marriage for men had gone up by 0.3 years and for women by 0.4 years, it said.

Highest was the number of divorces by “mutual agreement” (66.7 per cent), followed by divorces due to “incompatibility of temperament” (22.8 per cent) and “virtual parting” (9.1 per cent).

It said that the average duration of a marriage in Bulgaria before divorce in 2019 was 15.9 years.

The number of children born outside marriage in Bulgaria in 2019 was 36 199, about 58.5 per cent of the total number of births.

The share of extramarital births in rural areas (64.6 per cent) was higher than in urban (56.4 per cent).

For 79.8 per cent of the extramarital births data on the fathers exists, that is most probably the children are being raised in families by parents cohabiting without marriage, the NSI said.

The highest shares of extramarital births were registered in the districts of Vratsa (76.6 per cent) and Lovech (74.8 per cent).

The share of extramarital births in all country regions is higher than 50 per cent except in the districts of Razgrad (47.8 per cent), Blagoevgrad (47.1 per cent), and Kurdzhali (32.5 per cent), the NSI said. 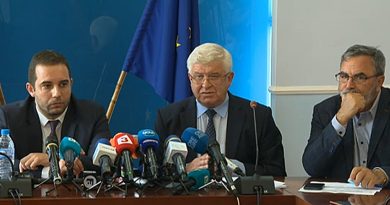