The rapid spread of the novel coronavirus between continents and countries must not be used as an excuse for racial discrimination or hate crime, while victims must be speedily assisted, said the heads of the OSCE Office for Democratic Institutions and Human Rights (ODIHR), the EU Agency for Fundamental Rights (FRA), and the Council of Europe’s European Commission against Racism and Intolerance (ECRI).

“In the current situation, intolerance and discrimination are not only unacceptable but also counterproductive,” said ODIHR Director Ingibjörg Sólrún Gísladóttir in a statement on March 20, the eve of the International Day for the Elimination of Racial Discrimination

“Migrants, minorities and their families are suffering as much as the rest of us from the chaos and distress caused by the new illness that is stalking our countries. We will overcome this difficult time as we have overcome many others, but only if we work with and for each other.”

Civil society and community organizations have an important role to play in combating prejudice. Nevertheless, it is governments who are primarily responsible for ensuring that victims of hatred are protected and can receive the support they need, particularly in this difficult period.

“We are currently looking at the human rights impact of the public health measures countries are taking and will publish our findings soon. I remain confident we can deliver on both the human right to health of our people while also respecting everyone’s human rights.”

Victims of hate crime often belong to groups that already face discrimination on a daily basis, both off- and online. At the same time, victims often feel misunderstood and marginalised by the criminal justice system. Police and prosecutors therefore need to ensure appropriate and sensitive treatment to ensure that victims neither feel ignored nor forced to re-live the experience of the crime itself.

“In some respects, racism is like the coronavirus. It is a contagious disease which lurks unseen until it suddenly spreads and causes severe damage to individuals, families, communities, and the whole of society.  In these difficult times, we need to join forces to build robust defences against racism and to curb its spread through strong legislation, effective equality bodies, ambitious action plans and inclusive education”, said ECRI’s Chair Maria Marouda. “Politicians and citizens need to speak out against hate speech that is triggered by today’s pandemic. The authorities and equality bodies should reach out to help all the communities concerned.”

The United Nations designated March 21 the International Day for the Elimination of Racial Discrimination in 1966, in memory of the 69 people killed six years earlier in Sharpeville, South Africa, during a peaceful demonstration to protest against the apartheid system. 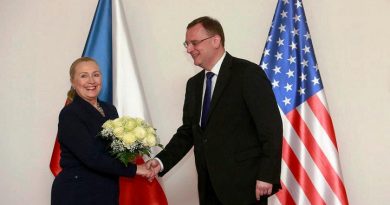