A European Court of Justice (ECJ) ruling on March 19 said that Bulgaria can proceed with the civil case to confiscate the property of Tsvetan Vassilev, former majority shareholder in now-defunct Corporate Commercial Bank (CCB).

The ruling was requested by Sofia City Court, which asked for ECJ guidance on how to interpret several provisions of EU law on confiscation of crime-related proceeds, the means by which offences are committed (“instrumentalities”) and property.

Although the ECJ does not mention Vassilev by name at any point, it does refer to the “Chair of the supervisory board of a Bulgarian bank” who is charged with “having incited others, from December 2011 to 19 June 2014, to misappropriate funds belonging to that bank in the sum of approximately 105 million euro”.

Vassilev is also the target of a criminal investigation, one of 18 people accused of being part of the organised crime group that Vassilev is alleged to have led and spearheaded.

The ECJ ruling said that EU law did not preclude member states from “providing for civil proceedings for confiscation which are unrelated to a finding of a criminal offence.”

As Bulgaria’s law allows civil confiscation proceedings separate from the criminal trial, which is still under way, the former were not subject to the EU’s Framework Decision on the confiscation of property, which is what the Sofia City Court sought to clarify. 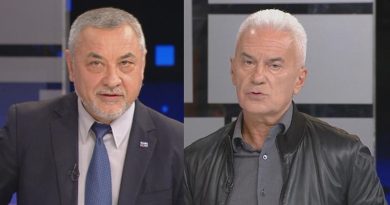