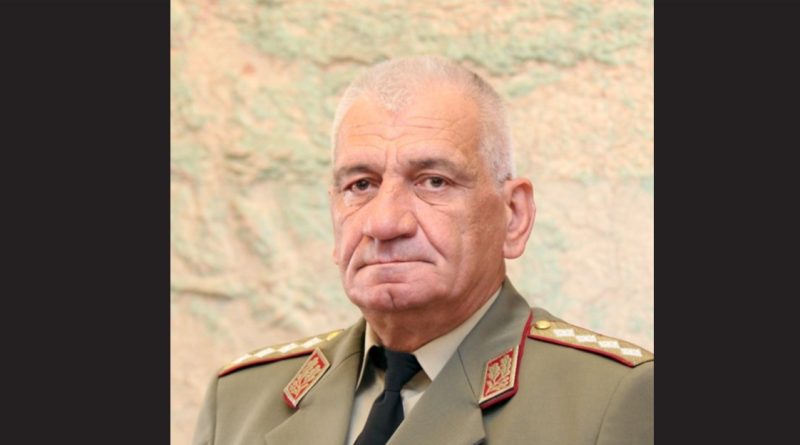 Bulgaria’s Defence Chief, General Andrei Botsev, died on February 27 after a short illness, the Defence Ministry said. He was 61.

“Because of his honourable service in the army, his principled attitude and determination to resolve the most pressing problems in the armed forces, his praiseworthy example as a commander concerned for his subordinates, General Andrei Botsev will leave a lasting mark on the modern military history of Bulgaria,” the Defence Ministry said.

Prime Minister Boiko Borissov and the leadership of the Defence Ministry were among those expressing condolences.

The order was given for the national flag to be flown at half-mast and by order of Defence Minister Krassimir Karakachanov, all Defence Ministry and Bulgarian Army public events up to March 2 have been cancelled.

Botsev was born on November 26 1959 in Gotse Delchev. He was commissioned as a lieutenant in 1981. His commands included a rifle regiment, the Armoured Brigade, Mountain Brigade, the Land Forces, and he was appointed Chief of Defence in 2017, with the rank of general. Botsev was the recipient of numerous military honours and awards.

He is survived by his wife and two children.