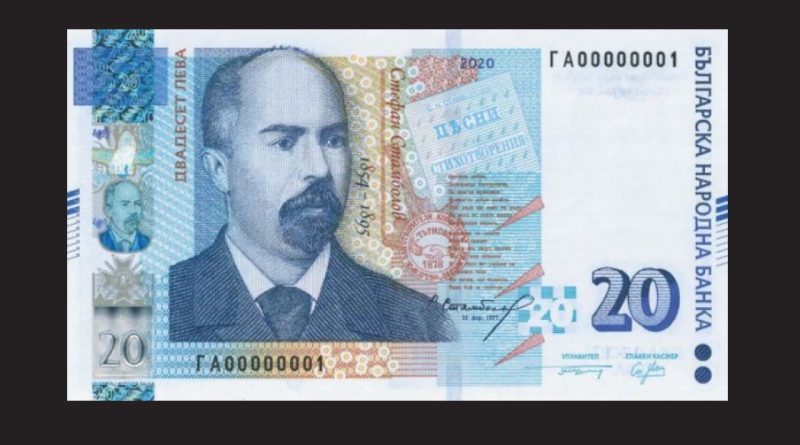 This is the third banknote of the new series, BNB said.

Тhe overall design and the main elements of the new banknote series feature no significant changes as compared with the banknotes already in circulation. The changes are related to the introduction of new security features.

These include an additional mark for visually impaired people – three thick and seven thin lines at an angle along the short sides of the banknote.

There is also a hologram stripe with optical effects – alternating images of a lion and an eagle, changing when the banknote is tilted; a coloured hologram portrait of Stefan Stambolov; a stylised image of the Order of Bravery; images of a ‘crowned lion rampant’ with a dynamic effect and a 3D image of the number ‘20’.

The version adds a security thread – built into the paper and partially appearing on the reverse, with a repeated light-coloured text ‘БНБ 20’ (BNB 20) and a ‘fan-like’ dynamic optical effect shifting from green to blue. The image of the repeating text ‘БНБ 20’ is visible on the obverse when the banknote is held up against the light.