Three Russians have been charged with the attempted murder of Dunarit weapons plant owner Emilian Gebrev and two other people, Bulgaria’s Prosecutor-General’s office said on January 23.

The three Russians are accused of having, in the period between April 28 2015 and May 4 that year, as co-perpetrators, attempted to kill the victims “in a way and with means dangerous to the lives of many”, using an unidentified phosphorus-organic substance, the statement said.

The case is the subject of a continuing investigation by the Sofia City Prosecutor’s Office, which has issued European Arrest Warrants for each of the three accused, as well as requests for international search for arrest and subsequent extradition.

The individuals have been included in the Schengen Information System and in an Interpol red notice.

The investigation into the attempted poisoning of Gebrev, his son and a business associate was re-opened in late 2018 because of suspicions that a substance from the Novichok family was used. Media reports have suggested a link between the poisoning attempt, the Skripal case in the UK, and visits by a Russian GRU military intelligence officer to Bulgaria soon before the Gebrev attempted poisoning.

The GRU officer, Sergey Fedotov, has been named by the UK as a suspect in the attack on Yuriy Skripal and his daughter Yulia, regarding which the UK has pointed the finger at Putin’s Moscow.

While the investigation into the Gebrev case had been suspended in April 2016, it was resumed in October 2018 after the then-Prosecutor-General, Sotir Tsatsarov, received a letter from Gebrev in which he said he suspected that he had been poisoned with a substance from the Novichok family. 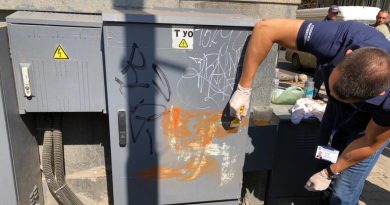