“I want to express my sincere condolences for the severe plane crash tragedy of a Ukrainian plane near the Iranian Imam Khomeini international airport. I empathize with the pain and suffering of the loved ones of the casualties,” Borissov said.

Ukraine International Airlines said in a statement soon after the January 8 crash that flight PS752 en route from Tehran to Kyiv disappeared from the radar a few minutes after departure from the international airport of Tehran.

The aircraft flew from Tehran airport at 6.10am local Iranian time. According to preliminary data, there were 167 passengers and nine crew members on board the aircraft. Airline employees are currently figuring out the exact number of passengers on board, the airline said.

“A thorough investigation will be conducted involving the aviation authorities Ukraine, Iran, representatives of the Boeing manufacturing company, the airline, and National Bureau of Aircraft Accident and Civil Incident Investigation aircraft in Ukraine. The airline will inform about the progress of the investigations and causes of the tragic event immediately after they are clarified.”

“The list of passengers will be posted on the airline’s website after final confirmation of their stay on board the aircraft.

“The airline expresses its sincere condolences to the families of the victims of the air crash and will do everything possible to support relatives and loved ones affected. Starting today, UIA decided to suspend its flights to Tehran indefinitely.

As of 9.30am,  UIA in close cooperation with the aviation authorities is doing everything possible to find out the causes of the accident. Meanwhile, the airline is contacting relatives of passengers, providing all possible assistance in the current situation, the statement said.

The airline said that it had received the aircraft in 2016 directly from the factory. The last scheduled maintenance of the aircraft was January 6 2020.

The BBC reported that Ukraine’s embassy in Tehran said engine failure caused the crash and there was no link to terrorism.

“According to preliminary information, the plane crashed as a result of an engine failure for technical reasons. Currently, the version of a terrorist attack is ruled out,” the embassy said on the Ukraine Foreign Ministry’s website, the BBC said. 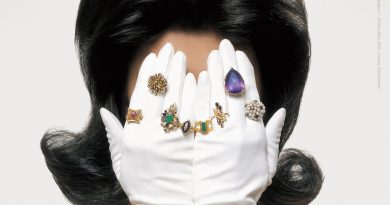