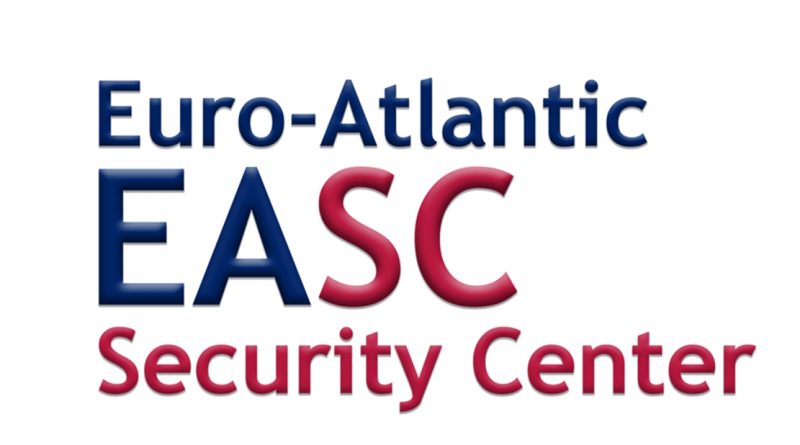 The Euro-Atlantic Security Centre welcomes the adoption on November 26 2019 of the Strategic Partnership Framework between the US and Bulgaria, the EASC said.

The EASC said that framework defines the parameters and understanding of the strategic partnership between the two countries over the next 10years in three significant areas of mutual interest:
• security and defence,
• the economy, trade and energy, and
• strengthening democracy and the rule of law.

In the field of security and defence, both sides agree that it is of mutual interest, as well as to the interest of Nato, to continue the modernization of the Bulgarian Armed Forces.

“The most significant statement in this area is that the United States and Bulgaria must jointly develop a roadmap for broad and effective synergies, with the focus on bilateral defence co-operation in combating maritime, hybrid and cyber threats in the Black Sea region.”

After 2014, a serious military-strategic imbalance in favor of the Russian Federation was gradually attained in the Black Sea. “Hence, the efforts of the Black Sea Nato countries should aim at developing an effective architecture for containment and overcoming imbalances,” the EASC said.

To this end, while welcoming Sofia’s proposal to establish a Naval Coordination Center in Varna, Washington has declared its readiness to support the development of Bulgaria’s naval capabilities, thereby effectively supporting the collective security of the Southeastern flank of the North Atlantic Alliance.

In this context, the Strategic Partnership Agreement gives a positive assessment of the F-16/70 fighter jets purchased by Bulgaria and supports the further modernization of the Bulgarian army by facilitating access to modern US defence technology in order to achieve even greater interoperability and combat capabilities, the EASC said.

“A central idea defined in the strategic framework in the area of ​​the economy, trade, and energy is the understanding that energy security is national security.

“In this context, the rapid construction of a gas distribution center in Bulgaria was discussed. With US support, it should become a strategically significant foundation of regional energy security and, in a broader sense, of the national security of Bulgaria.”

The gas distribution center must generate a dynamic energy market by diversifying energy sources and reducing the cost of natural gas for consumers countries in the Balkans, the EASC said.

An important element in this diversification is the construction of the necessary infrastructure for the supply of liquefied natural gas from various US producers.

In support of Bulgaria’s aspirations to become a regional natural gas distribution center, the US expects the speedy completion of the Greece-Bulgaria interconnector, provision of access and reservation of capacity on the floating storage and re-gasification platform near Alexandroupolis, and co-operation with Serbia on the construction of another interconnector.

One of the most current and pressing problems for Western developed democracies is the state of democracy itself and the strengthening of the rule of law.

“Recognizing this problem, the United States is committed, within the framework of its strategic partnership with Bulgaria, to assist the country in the coming years in its actions to counteract high-level corruption, which not only limits the country’s economic development but also destroys people’s trust in institutions and ultimately in democracy itself.

“With high appreciation for the arrangements in the Strategic Partnership Framework between the US and Bulgaria, the Euro-Atlantic Security Center perceives and understands this partnership as both an exceptional responsibility and a chance for the Republic of Bulgaria.

“Being a party to the Strategic Partnership Framework, our country should be aware that it is not only a strategic partner to the leader of the democratic world, but also that such a partnership generates a special type of relationship that if, regardless of their party colour, our state leaders desplay the will, political culture, and capacity for leadership, could guide our country into a new level of  prosperity and wellbeing for all Bulgarians.”