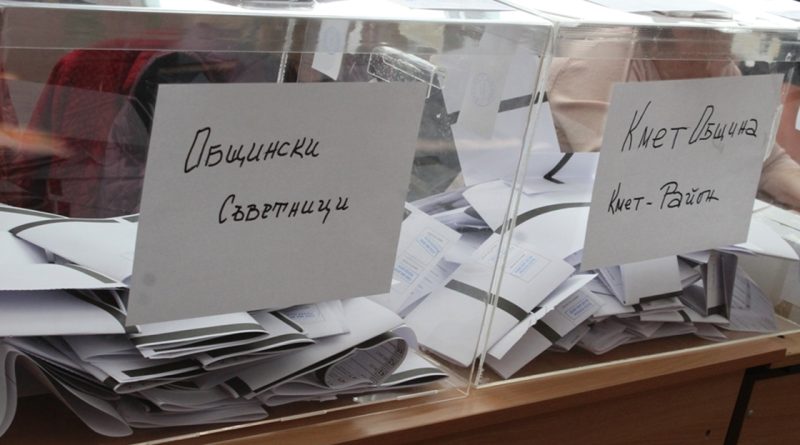 The first exit poll results released after voting ended in Bulgaria’s mayoral and municipal elections on October 27 showed that Prime Minister Boiko Borissov’s GERB party had won the largest share of votes, but with fewer decisive victories than in the local vote four years earlier.

In 2015, of the five largest cities, GERB won first-round victories in Sofia, Bourgas, Varna and Rousse, and a second-round victory in Plovdiv. In 2019, it faces second-round contests in Sofia, Plovdiv and Rousse – and in Rousse, the GERB candidate got fewer votes than that of the opposition Bulgarian Socialist Party. In Varna, the result was debatable.

Compared with the official voter turnout figure in previous scheduled municipal elections in 2015, 53.6 per cent at the first round that year, on October 27 2019, Central Election Commission figures showed turnout at 42.85 per cent at 5.30pm.

With 18 candidates dropping out after voting closed, the second-round contest in Sofia on November 3 will be between Fandukova and former national Ombudsman Maya Manolova, who was backed by the Bulgarian Socialist Party and a range of smaller parties.

In Sofia, however, Manolova’s performance was weaker than had been predicted in pre-election opinion polls, while a credible third place was taken by Borislav Ignatov, the mayoral candidate of the reformist Democratic Bulgaria coalition. After the first-round voting, Fandukova was said to have a lead over Manolova of about nine points, against pre-election polls that had shown the race as effectively neck-and-neck.

In Bulgaria’s second city Plovdiv, the mayoral race again went to a second round, as it has done in all recent local elections.

But there was a surprise. Instead of, as had been predicted, the November 3 contest being between GERB candidate Zdravko Dimitrov and ultra-nationalist Slavcho Atanassov, the run-off next Sunday will be between Dimitrov and Dani Kanazireva, the candidate of the centrist Union for Plovdiv.

Atanassov was knocked into third place by Plovdiv voters, against expectations of the previous month of the official campaign period, which had seen him going up against Dimitrov on November 3.

In Plovdiv, Alpha Research showed Dimitrov at 33.5 per cent, Kanazireva at 20.8 per cent and Atanassov at 15 per cent.

At the Black Sea, incumbent Bourgas mayor, Dimitar Nikolov – a deputy leader of GERB – won an expected first-round victory, the latest in a succession for Nikolov. In Varna, GERB candidate and incumbent mayor Ivan Portnih was on the cusp, with no clarity at 8pm on Sunday whether he had won a first-round victory.

Alpha Research showed Portnih at 49.5 per cent, and socialist challenger Anelia Klisarova at 16.1 per cent.

In the fifth of the big five cities, Rousse on the Danube, GERB candidate Diana Ivanova got 26.1 per cent against BSP candidate Pencho Milkov’s stronger 32.5 per cent. GERB had won Rousse’s mayoral elections in 2015 at the first round, with a different candidate, Plamen Stoilov.

There was the customary round of allegations of irregularities in Bulgaria’s October 27 local vote, though authorities said that the elections largely had gone calmly and violations of election rules totted up to a figure fewer in than in the previous municipal vote.

By 4pm, there were reports of 153 breaches of the rules, including 89 involving the electoral process, 26 violations of electoral rights, 34 for campaigning on election day, and four involving vote-buying.

Prosecutor-General Sotir Tsatsarov sought and gained from the Central Election Commission permission to proceed with pre-trial proceedings against a six mayoral and municipal candidates for breaching election law, including for vote-buying.

The Central Election Commission announced fines for five websites for breaching the Electoral Code by posting running results from exit polls and internal party headquarters ahead of the 8pm closing of voting. The five were 24 Chassa, PIK, dir.bg, blitz.bg and epicenter.bg. Other Bulgarian media websites also disclosed purported results of exit polls, through posts on, among other places, YouTube and Twitter.